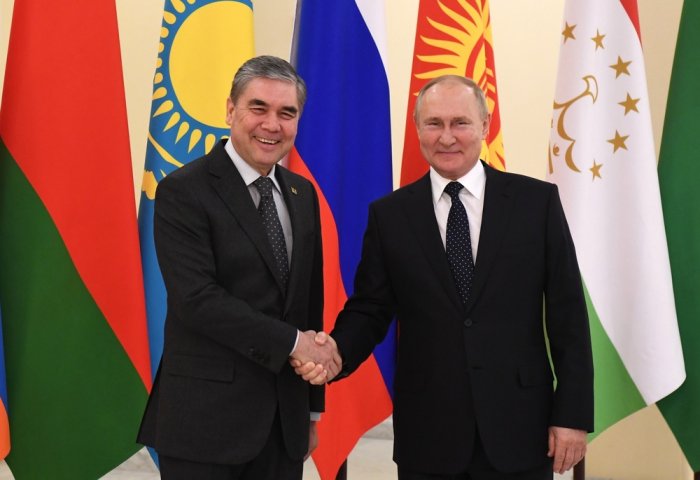 An Informal Summit of Heads of State of the Commonwealth of Independent States (CIS) took place on Tuesday in Russia’s St. Petersburg. During the meeting, President of Turkmenistan Gurbanguly Berdimuhamedov presented a number of new initiatives, proposing new areas of cooperation in the field of scientific medicine, the official media of Turkmenistan reports.

Focusing on the threats to biological safety in CIS space, the Head of Turkmenistan, proposed once again to revise and sign a single document in this area, noting that Turkmenistan and Russia have already signed such a document.

Anna Popova briefed on the further directions of joint work in order to counteract the dangerous viral infection.

President of Turkmenistan emphasized that Kyrgyzstan, Kazakhstan, Uzbekistan, Turkmenistan and Tajikistan are arid zones with different clinical manifestations compared to Russia, and stressed the need to study the coronavirus genome based on the peculiarities of this zone.

Thanking the Moscow assistance, President Gurbanguly Berdimuhamedov emphasized that if Russia provided centralized guidelines and manuals specifically on the study of both bacteriology and virology, common approaches would be developed in these issues.

Thanking his Turkmen counterpart for constructive proposals for further cooperation, President Vladimir Putin expressed confidence that the CIS countries would move forward in this direction.

During his visit, President Gurbanguly Berdimuhamedov also held a telephone conversation with Chairperson of the Federation Council of the Federal Assembly of the Russian Federation Valentina Matviyenko. During the talks special attention was paid to the further development of bilateral inter-parliamentary cooperation.