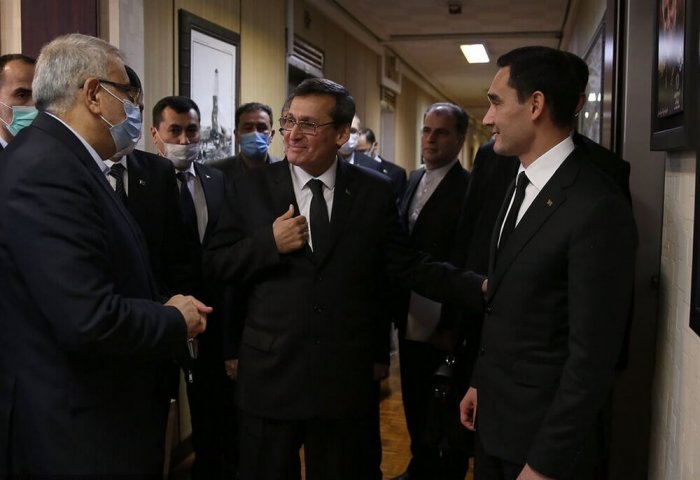 Iran’s Petroleum Minister Javad Owji in a meeting with high-ranking Turkmen delegation in Tehran on Saturday said gas swap volume with Turkmenistan can be increased by up to 10 times, Iran’s Press TV reports.

Following the meeting, the Petroleum Minister said Iran’s infrastructure can transfer up to 40 million cubic meters (mcm) per day of gas received from Turkmenistan to its neighboring countries.

“Today we declared to the friendly and brotherly country (Turkmenistan) that we are ready for imports and swap of gas with neighboring countries to up to 40 mcm per day or 10-15 billion cubic meters per year,” Owji said.

The announcement came days after Iran started transferring around 4 mcm of natural gas received from Turkmenistan, located to the east of the Caspian Sea, to Azerbaijan, on the western side of the Sea, in accordance with trilateral agreement reached in late November in Ashgabat.

During the two-day visit to Tehran, the Turkmen delegation also held talks with the Iranian President Seyyed Ebrahim Raisi and other top government officials of Iran.