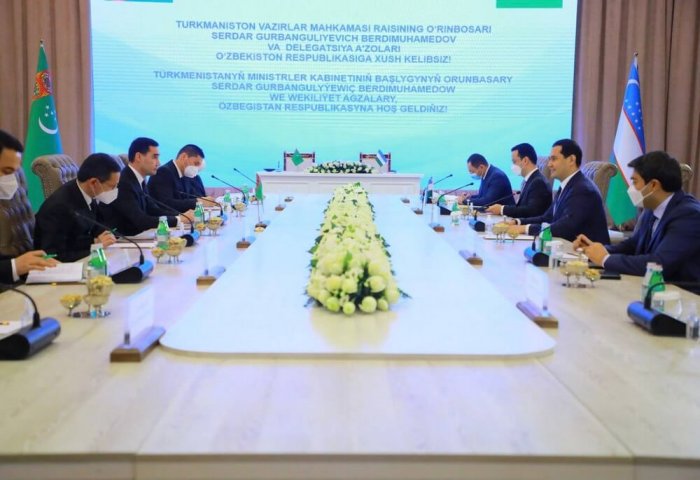 The Turkmen and Uzbek government officials also highlighted the five-fold increase of trade over the past four years. (Photo: Uzbek Ministry of Investments and Foreign Trade)

Trade turnover between Turkmenistan and Uzbekistan in 2021 surged 65% to around $880 million. The increase of bilateral trade was highlighted during the meeting between Serdar Berdimuhamedov, Deputy Chairman of Turkmen Government in charge of economic and financial issues, and Sardor Umurzakov, Deputy Prime Minister, Minister of Investments and Foreign Trade of Uzbekistan, on Monday in Tashkent.

The meeting was also attended by heads of key ministries, departments, industry associations and chambers of commerce and industry of the two countries, the Ministry of Investments and Foreign Trade of Uzbekistan said in its press release.

The meeting featured an exchange of views on the current state of bilateral cooperation in investment, industrial, trade-economic, transport -logistics, cultural-humanitarian spheres, as well as in the field of water management, interregional cooperation and food security.

The parties reviewed in detail the implementation of previously reached agreements and explored opportunities for further deepening cooperation in promising areas.

The Turkmen and Uzbek government officials also highlighted the five-fold increase of trade over the past four years. The sides expressed mutual willingness to intensify joint efforts to promote the implementation of existing trade contracts and establish partnerships between businesses and producers of the two countries to increase bilateral trade to $1 billion in the near future.

During the meeting, an agreement was reached to exchange experience in improving the efficiency of agricultural land use, introducing international standards of food quality and food safety.

Following the meeting, the sides signed a range of investment and export agreements between business entities of the two countries in agriculture, electrical engineering, chemical industry and building materials production. 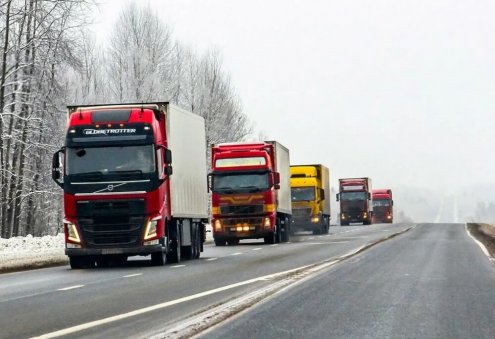 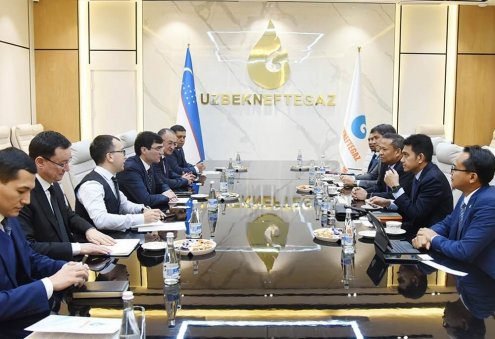