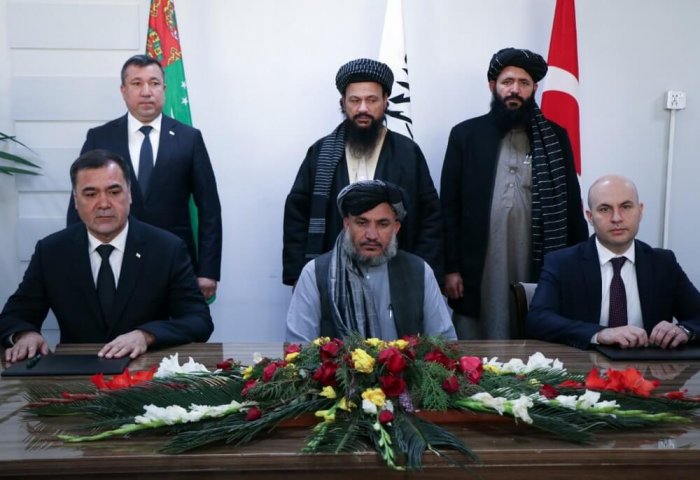 Afghanistan has signed a contract with Turkmenistan for the expansion of the capacity of Noor-ul-Jahad substation in its western province of Herat, the Afghan energy company Da Afghanistan Breshna Sherkat (DABS) announced on Friday.

After four days of talks held in Kabul among the DABS officials and members of a visiting delegation of the Turkmen Ministry of Energy and representatives of Turkish company Çalik Enerji, the contract for the expansion of capacity of Noor-ul-Jahad substation from 110 kV to 220 kV has been signed, the DABS said in the statement.

Following the signing of the document, the Acting Minister of Water and Energy of Afghanistan Mullah Abdul Latif Mansoor thanked the Turkmen delegation and the Çalik company representative for their visit, adding that Turkmenistan has always shown goodwill towards Afghanistan. He expressed hope for continued relations between the two countries in the future and called for the implementation of more economic projects by Turkmenistan in Afghanistan.

The delegation from the Turkmen Energy Ministry arrived in Kabul on Monday to expedite the legal and technical work of power supply projects, including the Turkmenistan-Afghanistan-Pakistan (TAP) power transmission project and the Noor-ul-Jahad substation project.