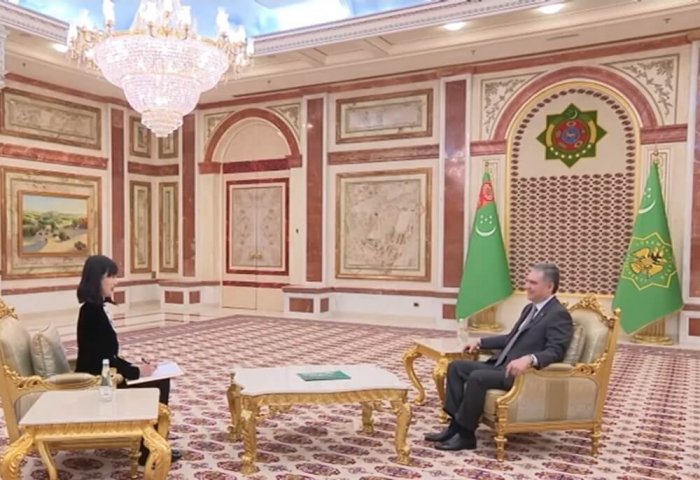 In an interview with Chinese media, President Berdimuhamedov highlighted the enormous importance of the Olympic Games for the entire planet.

President of Turkmenistan Gurbanguly Berdimuhamedov in an interview with Chinese state media on Wednesday informed of his decision to attend the opening ceremony of the Beijing 2022 Winter Olympics on Friday.

In an interview with media, including CGTN international TV news service and Xinhua news agency, President Berdimuhamedov said he decided to attend the opening ceremony of the Games due to its enormous importance for the entire planet.

“The Olympic Games have always symbolized peace and friendship between peoples, ending of hostilities and wars, unity of people of different nationalities and political beliefs,” Berdimuhamedov stated, adding that “as President of Turkmenistan, a country committed to these principles in its domestic and foreign policy, I gratefully accepted the offer of the distinguished President of the People's Republic of China”.

The Turkmen Leader added that upcoming Olympics will be held at the highest organizational and sporting level, in an atmosphere of fair competition, respect of the participants for each other, with great spectator interest.

“I am convinced that the upcoming Olympics will bring many outstanding results, become a bright event in the history of world sport, a real holiday for millions of people in different parts of the world,” Turkmen President Berdimuhamedov said.

The 2022 Winter Olympic Games will be held in Beijing from February 4 to February 20.