Turkmen President Announces Decision to Give Way to Young Leaders 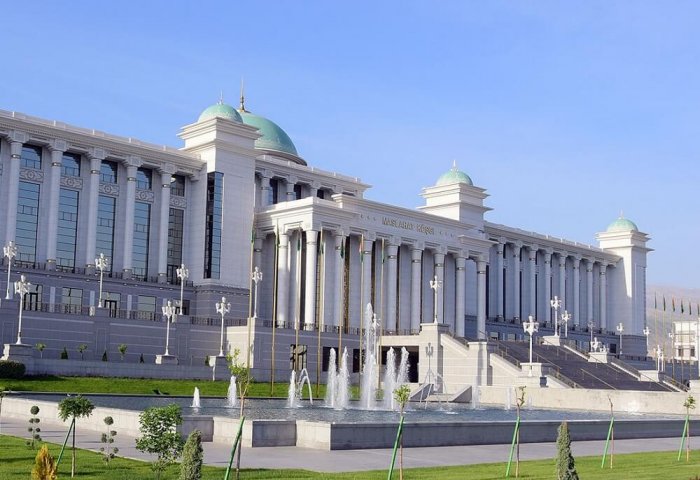 The Turkmen Leader said he, as the Chairman of Halk Maslahaty, intends to further direct his vast life and political experience to this area.

President of Turkmenistan Gurbanguly Berdimuhamedov on Friday announced his decision to give way to young leaders in state administration.

The Turkmen Leader stated his decision during the extraordinary meeting of the Halk Maslahaty (People's Council) chamber of the country’s bicameral parliament Milli Gengesh (National Council).

The meeting was attended by members of Halk Maslahaty, members of the government, deputies, heads of ministries and departments, political parties and public organizations, governors and mayors, the country’s official media reports.

Gurbanguly Berdimuhamedov, who was first elected as Turkmen President on February 11, 2007, said, “Now for 15 years I have been working in the highest and very responsible position of the President of Turkmenistan”.

The Turkmen Leader emphasized that two years ago he reached the age of a prophet and today he wants to discuss his tough decision.

“I support the idea that the way to state administration at a new stage in the development of our country should be given to young leaders who have been brought up in accordance with modern spiritual environment and high requirements. I, as the Chairman of the Halk Maslahaty, intend to further direct my vast life and political experience to this area,” President Gurbanguly Berdimuhamedov said.

The meeting included reports by government officials on the results of their work in 2021.

The Turkmen Leader also signed a Resolution awarding Danev etrap of Lebap velayat, which in 2021 achieved the highest results in all indicators in the social, economic and cultural spheres, with a cash prize of $1 million.