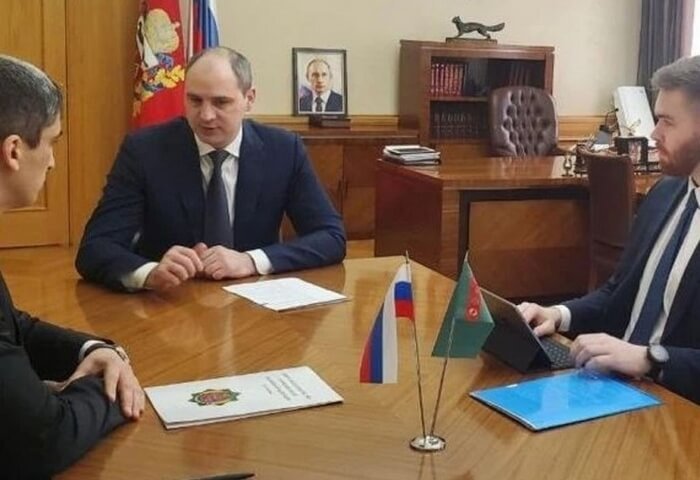 The Turkmen side expressed willingness to expand mutually beneficial trade-economic and cultural-humanitarian cooperation with Russian regions.

Consul General of Turkmenistan in Kazan Atadurdy Bayramov in a meeting the Governor of Russia’s Orenburg oblast Denis Pasler on Friday discussed the possibility of opening Turkmen Trading House in Orenburg, the Turkmen Consulate General in Kazan announced in its press release.

During the meeting, the Turkmen side expressed willingness to expand mutually beneficial trade-economic and cultural-humanitarian cooperation with Russian regions.

Bayramov presented Turkmenistan's production capacity to establish export-import cooperation between the public and private sectors of the two countries. In this regard, it was noted that the foreign trade turnover between Turkmenistan and the Orenburg oblast increased by 198.7% in 2021. The exports of Turkmen products to Orenburg exceeded the imports of Turkmenistan.

Turkmen Trading House company was registered in Kazan in March last year. It started its operation in early February 2022. The company is oriented to attract wholesale and small wholesale buyers, commercial structures engaged in production, distribution and sales of products. One of the priority directions of commercial activity of the company is to expand the range of textile, knitted and garment goods produced in Turkmenistan.