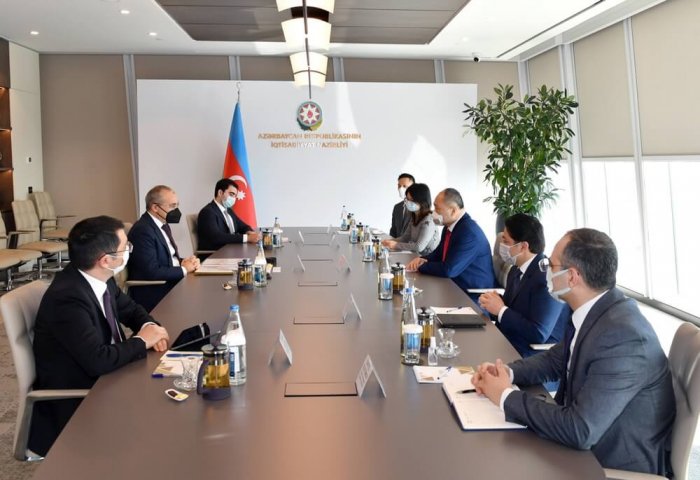 Economy Minister of Azerbaijan Mikayil Jabbarov and China’s BYD company Executive Director for Europe Isbrand Ho in a meeting last Tuesday discussed the creation in Azerbaijan a plant for the assembly of electric buses, hybrid and electric cars, Azernews reports.

During the meeting, the minister said Azerbaijan attaches great importance to ties with China and is interested in expanding bilateral cooperation.

Jabbarov briefed on the economic priorities of Azerbaijan, the application of green technologies, measures take n in the field of environmentally friendly vehicles, and the prospects for partnership in this area. He also invited Chinese companies to take advantage of the favorable business environment created in Azerbaijan.

In turn, Isbrand Ho briefed on the company’s activities and the potential for partnership.

Azerbaijan was one of the first countries to support China's One Belt, One Road initiative.