Citizens of Turkmenistan in Italy Vote in Presidential Elections 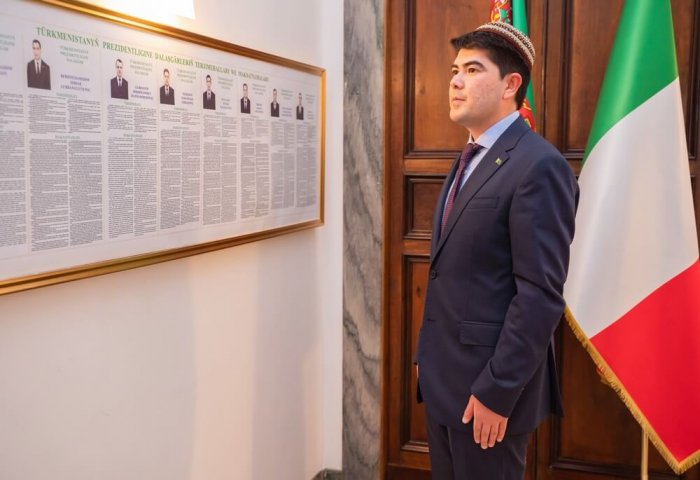 Citizens of Turkmenistan abroad, both of the older and younger generations, took an active part in early voting for the presidential elections at polling stations in Turkmen diplomatic missions abroad.

The Embassy of Turkmenistan in Italy informed Business Turkmenistan that for some students this became an opportunity to participate in the political life of their country and prove themselves as socially active citizens.

One of such youth who came to vote at the polling station at the Embassy of Turkmenistan in Italy is a doctoral student at the University of Rome Tor Vergata Eziz Nariyev. He is studying within the Erasmus Mundus student exchange program of the European Union.

“For me, the value of participating in elections as a conscientious citizen is not just to come to the polling station, but to express support with my voice to the candidate who can continue large-scale reforms in the political, economic and social spheres of the country's life,” – Nariyev said.

Early voting began on March 2 and ended at 18:00 on March 11. A total of 41 polling stations were established at the diplomatic missions and consulates of Turkmenistan in other countries.