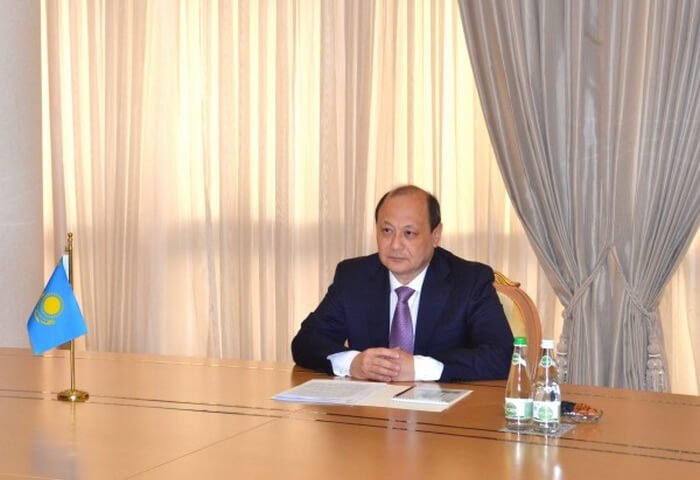 The newly appointed Ambassador of Kazakhstan to Turkmenistan Askar Tazhibayev

Foreign Minister of Turkmenistan Rashid Meredov held a meeting with the newly appointed Ambassador of Kazakhstan to Turkmenistan Askar Tazhibayev. The meeting touched upon issues related to holding the VI Caspian Summit in Turkmenistan this year.

Rashid Meredov congratulated the new Kazakh envoy on his appointment to a responsible position and wished him success in his diplomatic career.

They discussed issues of strengthening relations between the two countries, including comprehensive expansion of bilateral political, trade-economic, cultural-humanitarian cooperation, the Turkmen Foreign Ministry said in its press release.

The sides emphasized positive experience of cooperation, as well as the importance of mutual support of international undertakings and initiatives in the framework of authoritative regional and international platforms, primarily the UN.

To this end, the sides highlighted the need to organize contacts at the highest level, both in the format of bilateral visits, and as part of the multilateral structures.

During the meeting, Ambassador Askar Tazhibayev presented to the Turkmen Foreign Minister copies of his credentials, stressing that during his diplomatic mission in Turkmenistan he would make every effort to further expand and strengthen Turkmen-Kazakh relations.