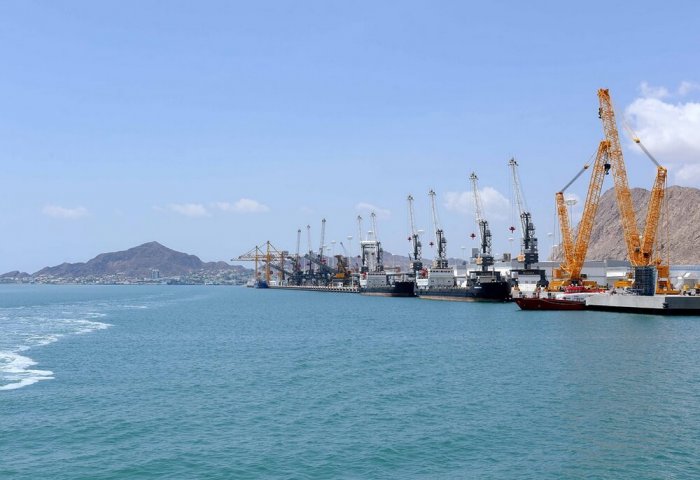 The Head of Turkmenistan identified Caspian industrial cooperation as the most important issue for the countries of the region.

President of Turkmenistan Serdar Berdimuhamedov during the sixth Caspian Summit in Ashgabat on Wednesday proposed the creation of a Business Cooperation Council of the Caspian countries.

The Head of Turkmenistan identified Caspian industrial cooperation as the most important issue for the countries of the region.

President Berdimuhamedov noted that the coastal countries have vast natural resources, strong industrial and technological potential, adding that their unification, the creation of partnership production lines, “integration corridors” is an important task, and private business is called upon to play an important role in this.

“We need to launch targeted business forums of the Caspian countries, during which our entrepreneurs could communicate directly, independently build partnership schemes where it is beneficial and expedient for them. In this regard, we propose to think about the creation of the Business Cooperation Council of the Caspian countries as an independent, without state interference, platform for close partner cooperation,” President Serdar Berdimuhamedov said.

The sixth summit of the heads of the Caspian countries – Turkmenistan, Azerbaijan, Iran, Kazakhstan and Russia – resulted in the adoption of the final communiqué of the summit.