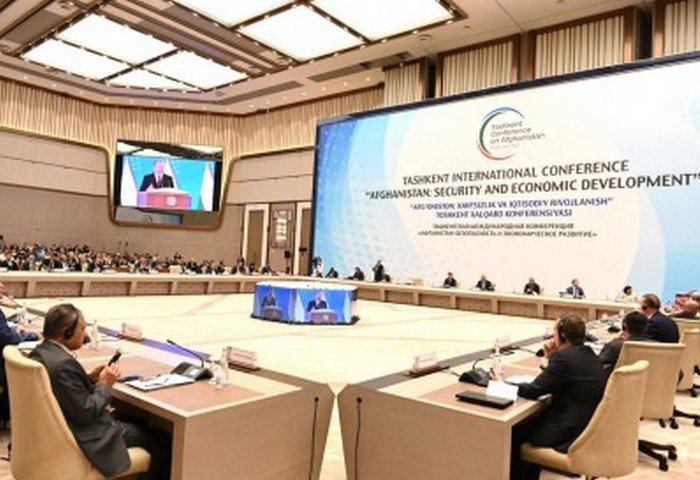 The conference participants expressed belief that the main priority today should be to revive and strengthen Afghanistan's economy as an important factor in achieving lasting peace in the country.

Turkmenistan is interested in the reconstruction of Afghanistan, its integration into the global economic relations and the development of its infrastructure, Deputy Foreign Minister of Turkmenistan Vepa Hajiyev said during the international conference "Afghanistan: Security and Economic Development" in Tashkent on Tuesday.

Hajiyev stated that these processes will positively affect the security and stability of the country and the region, the Turkmen Foreign Ministry said in its Wednesday press release on the conference.

The conference participants expressed belief that the main priority today should be to revive and strengthen Afghanistan's economy as an important factor in achieving lasting peace in the country.

Hajiyev also stated that for Turkmenistan, the peacebuilding process in Afghanistan is based on the unity of three key areas – political, economic and socio-humanitarian.

The Turkmen official noted the need to provide regular humanitarian aid to the Afghan people in order to prevent the threat of a humanitarian crisis.

The Turkmen side also stressed the importance of developing cooperation with Afghan companies, continuing the implementation of the launched international economic projects.

The conference was attended by official delegations, scientists and researchers, heads and experts of leading analytical centers of Afghanistan's neighbors, including all Central Asian countries, Russia, the United States, Iran, Pakistan, India and Belgium, heads and specialists of several international and regional organizations, including the UN, EU, OIC, SCO, as well as the delegation of the Interim Government of Afghanistan.