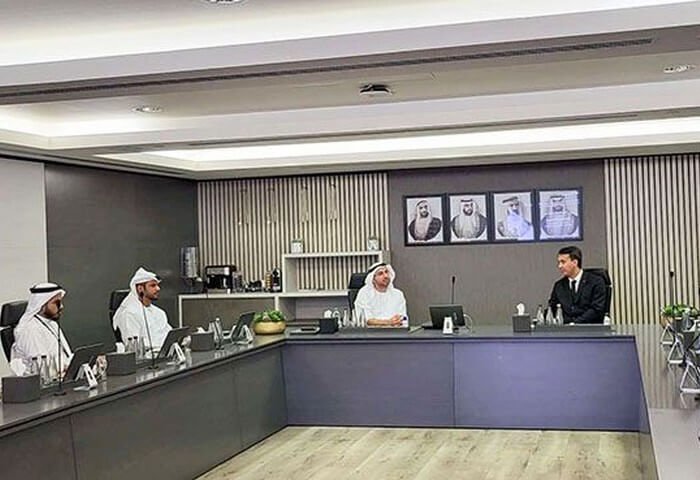 The Turkmen delegation held a series of talks during the visit to the UAE on September 12-16.

The Turkmen delegation led by Deputy Foreign Minister of Turkmenistan Berdiniyaz Matiyev and the management of the United Arab Emirates (UAE) railway company Etihad Rail discussed the possibility of creating a transport corridor UAE-Iran-Turkmenistan, the Ministry of Foreign Affairs of Turkmenistan said in its press release.

The meeting was held within the framework of the visit of the Turkmen delegation to the UAE on September 12-16.

The talks focused on strengthening of trade, economic and transport cooperation between the two countries. In particular, they considered the use of maritime, rail and air transport, including port infrastructure, for the development of bilateral and multilateral trade and economic relations.

The meeting with the Etihad Rail discussed the possibility of establishing cooperation with Türkmendemirýollary (Turkmen Railways) agency as well as the possible participation of UAE in the North-South Transport Corridor.

The representatives of Turkmenistan Airlines and other transport entities also discussed cooperation and further steps with the UAE General Civil Aviation Authority.

The meeting with the management of Dubai Nasdaq company discussed cooperation in the field of automated document management at the exchange, training of highly qualified specialists and use of securities at the exchange.