Turkmen-Russian Intergovernmental Commission to Meet in Moscow in December 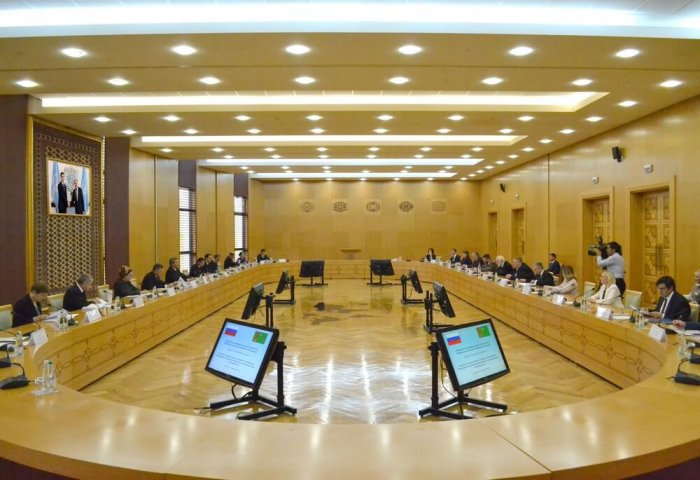 The preparations for the upcoming meeting were discussed by the co-chairmen of the commission on Tuesday in Ashgabat.

The Turkmen-Russian Intergovernmental Commission on Economic Cooperation will hold its 12 meeting on December 6-7 in Moscow.

The preparations for the upcoming meeting were discussed by the co-chairmen of the commission – Deputy Chairman of the Cabinet of Ministers and Minister of Foreign Affairs of Turkmenistan Rashid Meredov and Deputy Prime Minister of Russia Alexey Overchuk on Tuesday in Ashgabat.

During the margins of the commission meeting, the sides are expected to sign more than a dozen bilateral documents, according to the press release of the Ministry of Foreign Affairs of Turkmenistan.

The sides discussed in detail the prospects of partnership in the financial-banking sector, oil, transport, electricity, as well as in education, culture, health and tax administration.

Discussing cooperation in the field of education and culture, the sides stressed the need for further intensification of reciprocal actions to enhance humanitarian cooperation. In particular, the meeting participants stressed the importance of implementing projects on creation of the Turkmen-Russian University and construction of a new building of the Russian Drama Theatre named after Alexander Pushkin in Ashgabat.

In September, the President of Russia Vladimir Putin announced the intention of Russia to increase the trade turnover with Turkmenistan. In 2021, the trade turnover between the countries was $865 million, and in the first five months of this year it was $278 million, which is about 18 percent more than in the same period last year.