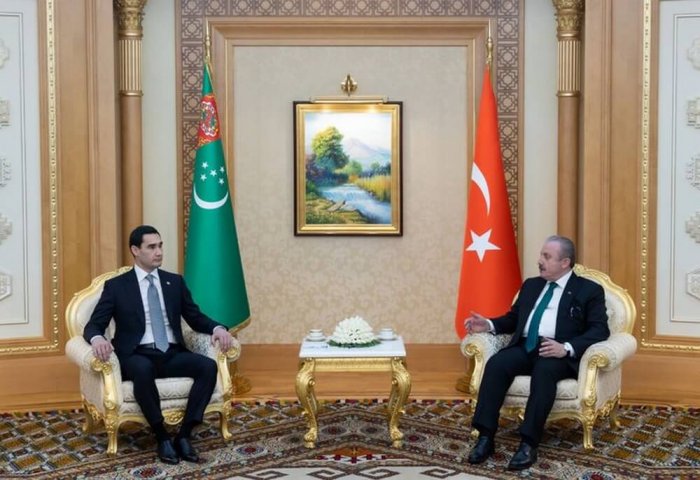 President of Turkmenistan Serdar Berdimuhamedov held a meeting with Speaker of the Grand National Assembly (Parliament) of Turkey Mustafa Sentop in Ashgabat on Friday, the official Turkmen media reports.

Expressing gratitude for the opportunity of the meeting, Mustafa Sentop conveyed the greetings from Turkish President Recep Tayyip Erdogan and wishes of well-being and prosperity to the Turkmen people to the Head of Turkmenistan.

The Turkish Parliament Speaker stressed that on his part he would continue to promote the strengthening of inter-parliamentary contacts aiming at enhancing the effective dialogue between the two countries.

Turkey was also noted during the meeting as one of the major trade-economic partners of Turkmenistan.

The meeting ended with Turkmen President and Turkish Parliament Speaker expressing confidence that the traditional interstate cooperation based on strong ties of friendship and the unchanged goodwill of the sides will continue to grow stronger and develop successfully for the common good.