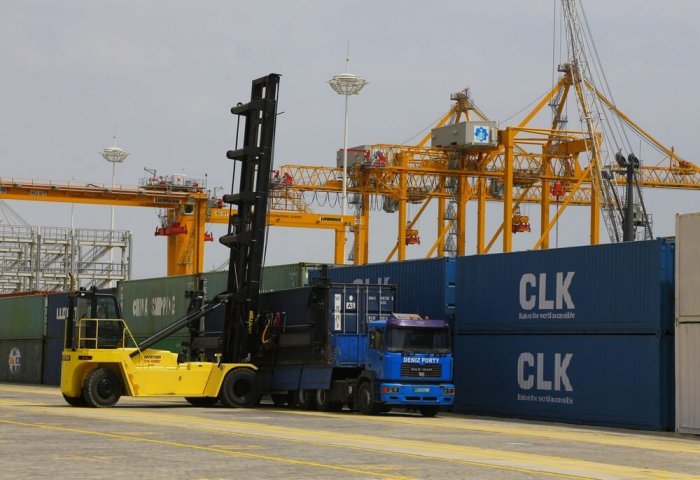 In 2021, containerized transportation in the Turkmenistan increased by 157 percent compared with 2020.

Transportation of cargo in containers in Turkmenistan in January-November 2022 increased by 41 percent compared with the same period last year, the State Customs Service of Turkmenistan announced last Wednesday.

According to customs statistics, in 2021, containerized transportation in the Turkmenistan increased by 157 percent compared with 2020.

The State Customs Service said that one of its priority tasks is to provide favorable conditions for transportation of cargo in containers in order to expand the opportunities of transport and transit corridors passing through the territory of the country.

Concrete steps have been taken to create favorable conditions to ensure the efficient movement of goods across national borders, according to the report. In 2020, in accordance with the Law of Turkmenistan on Amendments to the Customs Code of Turkmenistan, the concept of "container" was included in the definition of "transport vehicle". Previously "container" was used in the meaning of "multi-usable container". In 2021, the Turkmen Parliament considered and adopted the Laws "on Accession to the Customs Convention on Containers" and "on Accession to the Convention on Customs Treatment of Pool Containers Used in International Transportation".

The State Customs Service also highlighted the high throughput capacity of Turkmenbashi International Seaport, located along the international transit corridors Lapis lazuli and TRACECA. The port has a container terminal, which deals with the transit shipment of cargoes arriving by rail, road and air transport. It has throughput capacity of 400 thousand containers per year.