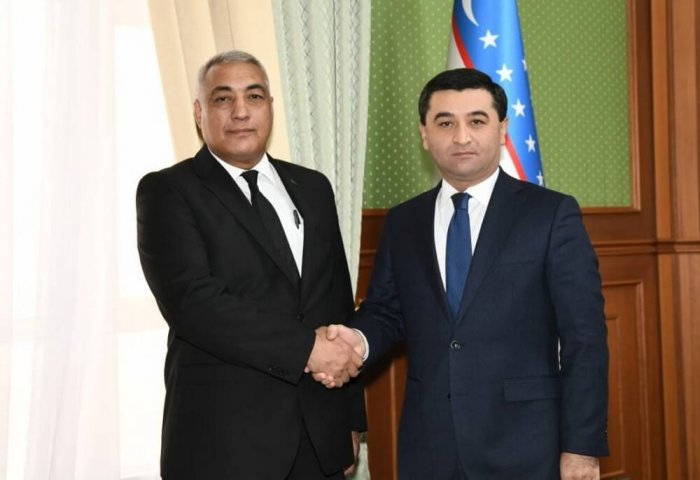 The representatives of the countries noted the readiness to activate cultural and humanitarian ties. (Photo: mfa.uz)

The Acting Minister of Foreign Affairs of Uzbekistan Bakhtiyor Sayidov and Ambassador Extraordinary and Plenipotentiary of Turkmenistan to Uzbekistan Yazguly Mammedov in a meeting in Tashkent on Thursday discussed the prospects of further deepening the uzbek-turkmen relations of friendship, good neighborliness and strategic partnership.

During the meeting, the sides considered proposals to increase trade turnover and accelerate implementation of joint projects in trade and industrial cooperation, the Ministry of Foreign Affairs of Uzbekistan said in its press release.

The representatives of the countries noted the readiness to activate cultural and humanitarian ties.

At the end, the parties exchanged views on the schedule of planned activities to celebrate the 30th anniversary of diplomatic relations between the countries.