An Arctic Fox Walked 3,500 Kilometres from Norway to Canada 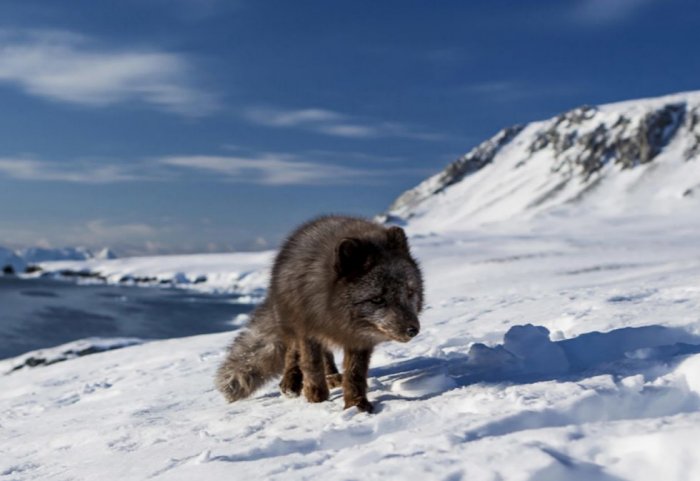 No fox has been recorded traveling that far, that fast before. (Copyright: Norwegian Polar Institute)

A 1-year-old Arctic fox made an epic journey from Norway to Canada, covering more than 3,500 kilometres in 76 days.

Researchers from Norwegian Polar Institute released the young female into the wild on the east coast of Spitsbergen, the largest island of the Svalbard archipelago, which separates mainland Norway and the North Pole, in March last year.

The fox started her journey at just under a year old. She walked more than 1,500 kilometres from the archipelago near the North Pole to Greenland. She completed this leg in just 21 days, then began the second part of her journey.

The fox then walked about 2,000 kilometres farther to Canada's Ellesmere Island. The whole trip took her just 76 days, averaging about 46 kilometres a day. Some days, however, the ambitious fox walked over 155 kilometres.

The fox could have traveled even farther, but scientists stopped tracking her when she reached Canada in February, because her transmitter stopped working, the Polar Institute said. Her fate remains unknown.

No fox has been recorded traveling that far, that fast before.

Arctic fox often migrates to other geographical areas in winter to find food to survive.