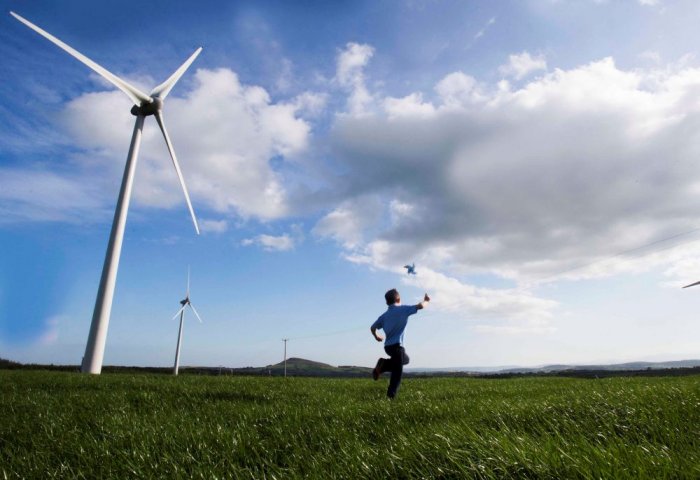 Saudi Arabia is poised to start generating wind power within three years as part of an effort to harness renewable energy to cut local demand for fossil fuels.

Saudi Arabia is poised to start generating wind power within three years as part of an effort to harness renewable energy to cut local demand for fossil fuels.

The consortium consisting of EDF Renewables and Masdar has completed the financing of the Dumat Al Jandal utility-scale wind project in Saudi Arabia, with the backing of Saudi and international banks, according to a statement from Masdar.

With an installed capacity of 400 megawatts (MW), the Dumat Al Jandal project will be Saudi Arabia’s first wind farm and the largest in the Middle East. Led by EDF Renewables and Masdar, a subsidiary of Mubadala Investment Company, project construction will begin shortly and commercial operations are due to start in the first quarter of 2022.

The Renewable Energy Project Development Office (REPDO) of the Saudi Ministry of Energy, Industry and Mineral Resources (MEIM) awarded the US$500 million Dumat Al Jandal wind farm in January following a call for tenders in August 2017.

“The award of Saudi Arabia’s first and the Middle East’s largest wind farm during Abu Dhabi Sustainability Week in January was a momentous occasion for our company and our partners. It also illustrated the depth of Saudi Arabia’s commitment to realise its bold strategy to substantially increase the contribution of renewables in its total energy mix to 27.3GW by 2024, from wind as well as solar energy,” Mohamed Jameel Al Ramahi, Chief Executive Officer of Masdar, said at the statement.

The wind farm will be located 560 miles (896km) north of Riyadh, in the Al Jouf region of Saudi Arabia.