Amazon Opens Its Largest Campus, But Not in the U.S. 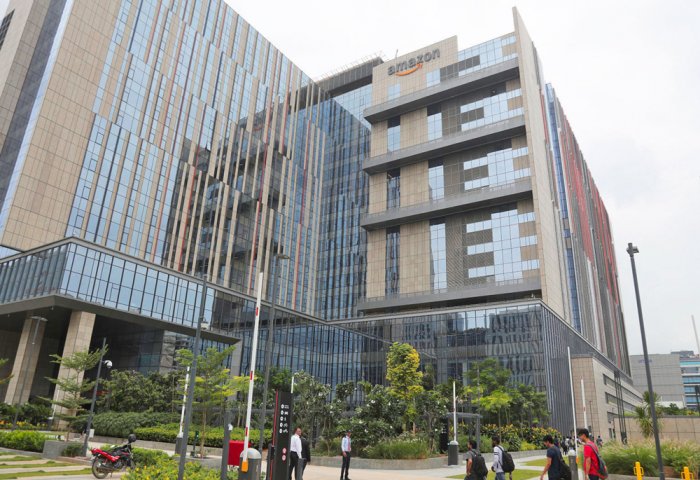 The Hyderabad campus is the first office outside the United States that Amazon fully owns.

US-based e-commerce giant Amazon just opened its biggest office building in the world in the Indian city of Hyderabad.

According to The Times of India, the online retail giant's new campus opened in the city's financial district on Wednesday. It covers 3.8 hectares of land and can accommodate up to 15,000 employees, making it "Amazon's single largest building in the world in terms of total area," said Amazon Vice President John Schoettler.

The Hyderabad campus is the first office outside the United States that Amazon fully owns.

"We have eight buildings in Hyderabad with 370 sq ft of office space. We are going to be migrating some of the employees out of some of those facilities (to the new campus). So far as of today, we moved around 4,500 to the (new campus),” the Vice President added.

The construction of the campus began in 2016. It took 39 months to construct the building with an average of 2,000 workers on the site every day, spending 18 million man-hours. The campus includes more than 300 trees of three specimen aged over 200 years and has an 850,000-litre water recycling plant.