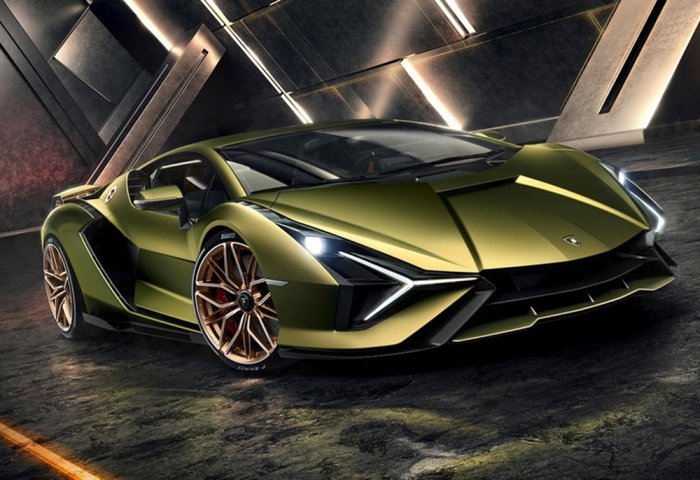 Lamborghini's Sián will be produced as a limited edition of 63, all of which are already sold.

Ahead of its official Frankfurt Auto show debut next week, Lamborghini has revealed the Sian, the Italian supercar maker’s first hybrid vehicle.

Sian means flash of lightning in the Bolognese Italian dialect — an apt name for a car that’s also the company’s most powerful creation.

With an exterior more futuristic-looking than any of its other models, the Sian houses a trusty 785 horsepower V12 engine, working in tandem with a 48-volt e-motor that pushes out another 34 horsepower, giving the supercar a total of 819 horsepower.

Instead of using a lithium-ion battery of the sort used in most hybrid cars, the Sián has a lightweight supercapacitor mounted just behind the passenger compartment. Similar to other hybrid cars, the Sián will charge its supercacitor while the driver is braking, then use that stored energy at low speeds and during acceleration.

Once you pass 128 km/h, the e-motor disconnects automatically to conserve energy. The company claims the Sian will go from 0-100 kilometers per hour in under 2.8 seconds and have an electronically limited top speed of 349 km/h.

Lamborghini's Sián will be produced as a limited edition of 63, all of which are already sold.