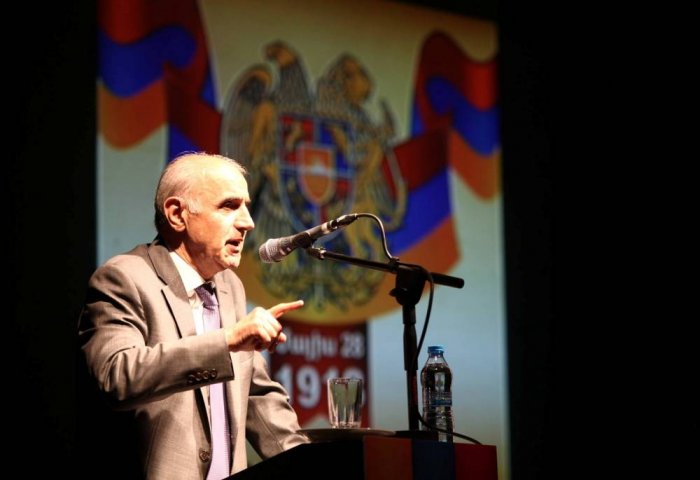 Ambassador of Armenia to the Islamic Republic of Iran Artashes Tumanyan. Photo: Verelq

“We can work out a scheme to exchange Turkmen gas for Iranian gas. It will positively affect the position of interested parties in the gas market,” Ambassador of Armenia to the Islamic Republic of Iran Artashes Tumanyan noted in his speech at the Armenian Parliament.

In his speech, Tumanyan said that Iran could increase its gas supplies to Armenia, but, according to him, the price will not be profitable.

“But we have another option. We can acquire Turkmen gas and exchange it for Iranian gas. It would be very advantageous for interested parties,” the ambassador noted.

According to the ambassador, within the gas-swap deal, if implemented, Turkmen gas will not be supplied to the country physically, but to the Mazenderan province of Iran, and Armenia will get the given volume of Iranian gas at its border.

At the same time, Tumanyan stressed that Armenia gets Russian gas at a bargain price. He further added that Iranian gas cannot be more affordable, even if purchased in cash.

Since the beginning of this year, Armenia has been paying $165 for a thousand cubic meters of Russian natural gas.