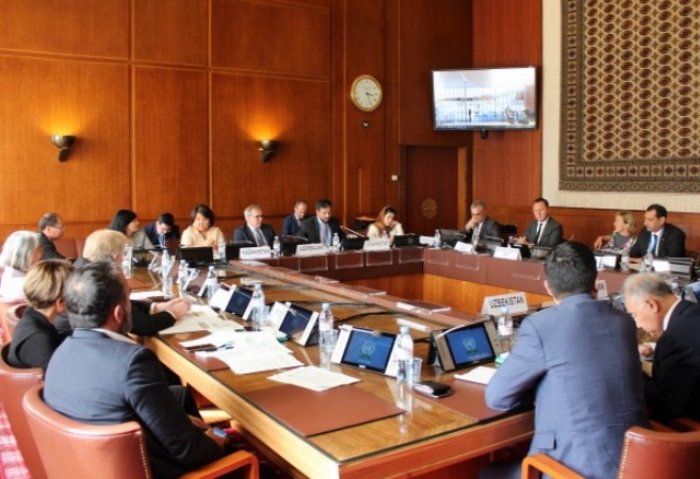 The heads of the UNECE subdivisions called for active participation in the initiatives and projects implemented on regional and sub-regional levels.

The meeting of the Ambassadors of the United Nations Special Programme for the Economies of Central Asia (SPECA) states took place in Geneva, Ministry of Foreign Affairs of Turkmenistan said in a press release issued on September 9.

According to the document, the meeting was held in Turkmenistan working room of the United Nations Office in Geneva with the aim of discussing the issues related to the upcoming SPECA events to take place in November 2019 in the framework of Turkmenistan’s chairmanship in the SPECA Governing Council and Economic Forum in 2019.

In the beginning of the session, The UNECE Executive Secretary Olga Algaerova shared the issues raised during her recent visit to Turkmenistan to participate in the First Caspian Economic Forum, particularly the establishment of the SPECA Fund and noted Turkmenistan's support for the proposal.

In their speeches, the heads of the UNECE subdivisions called for active participation in the initiatives and projects implemented on regional and sub-regional levels, in the spheres of environment, transport, forest and trade.

SPECA was launched in 1998 to strengthen subregional cooperation in Central Asia and its integration into the world economy. The countries of SPECA are Afghanistan, Azerbaijan, Kazakhstan, Kyrgyzstan, Tajikistan, Turkmenistan and Uzbekistan.