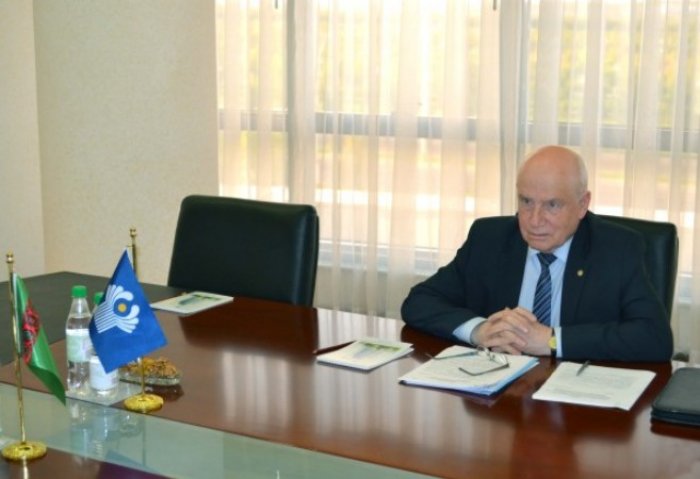 Minister of Foreign Affairs of Turkmenistan Meredov met with the Chairman of the CIS Lebedev on Wednesday.

Chairman of the Commonwealth of Independent States (CIS) Executive Committee - Executive Secretary Sergei Lebedev highly praised the efforts of Turkmenistan in promoting the main objectives and tasks of the CIS in the framework of the chairmanship of the country in the Commonwealth in current year.

The parties then discussed the themes of the upcoming session of the CIS Economic Council, the successful hosting of which will have a positive effect on the cooperation between the CIS member states on the issues of mutual interest, particularly in the area of developing the economic and social policies.

The parties also discussed the issues related to hosting the sessions of CIS Heads of States Council and CIS Foreign Ministers’ Council that are scheduled for October, 2019.