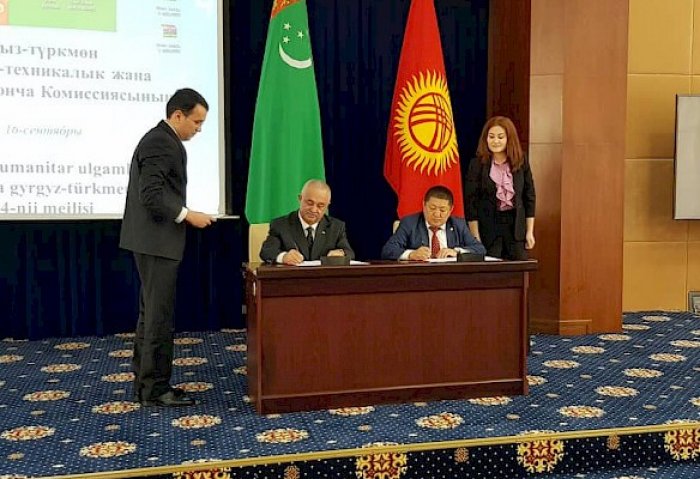 A delegation of the Ministry of Agriculture, Food Industry and Land Reclamation of the Kyrgyz Republic, led by the Deputy Minister of the structure Amangeldy Isayev, visited the Union of Industrialists and Entrepreneurs of Turkmenistan (UIET) on Tuesday.

During the meeting, the UIET Chairman Alexander Dadayev acquainted the guests with the large-scale projects implemented by the Turkmen business community in various sectors of economy and noted the export potential of the Union members.

Representatives of the Kyrgyz side also informed about the export potential of entrepreneurs in their country, including in the supply of vegetable and bee products.

The guests showed great interest in the Turkmen textile, industrial and food products manufactured by the members of the UIET.

During the meeting, the sides discussed the ways of further developing the cooperation between the entrepreneurs of neighboring countries. Priority was given to the development of trade relations.

Turkmen-Kyrgyz economic forum took place in Bishkek in September. During the forum, UIET reported that the mutual trade turnover between Turkmenistan and Kyrgyzstan, over the first seven months of this year, amounted to $6,48 million.