Ashgabat to Host Council of CIS Heads of State 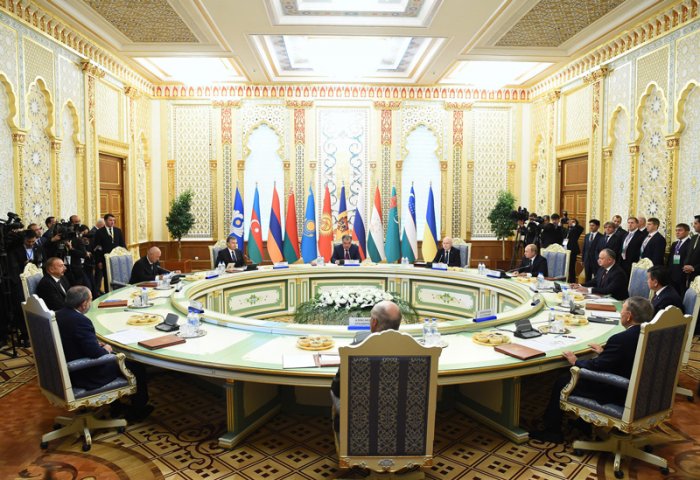 The last meeting of the CIS Heads of State took place on September 28, 2018, in Dushanbe.

Ashgabat will host the meetings of the Council of Foreign Ministers and the Council of Heads of the CIS countries on October 10-11, CIS Executive Committee said in a press release.

According to the Committee, Foreign Ministers will exchange views on pressing issues of the international agenda at a meeting of the Ministerial Council on October 10. The parties will adopt a program of action to enhance partnership among the foreign ministries of the CIS member-states.

At the meeting, the Ministers will also consider the issues related to the Games of the CIS countries, ensure the information security of the CIS member-states, create a joint communications system for the armed forces, and fight against illicit trafficking in drugs.

During a press briefing on October 3, official representative of the Russia’s Foreign Ministry Maria Zaharova has confirmed the participation of the country’s Foreign Minister Sergey Lavrov in the upcoming ministerial meeting.

Moreover, the ministers will agree on a number of documents that shall be discussed in the upcoming meeting of the Council of Heads of the CIS countries. Among them is a draft appeal to the peoples of the CIS countries and the world community in connection with the 75th anniversary of the victory of the Soviet people during the 1941-1945 war, as well as the documents regulating cooperation in the fight against corruption, the fight against terrorism and other violent manifestations of extremism, the development of information exchange among competent bodies in the field of security and law, the Committee said.

At the meeting of the Council of CIS Heads of State on October 11, the parties will discuss the interaction within CIS and the issue of the CIS chairmanship in 2020.

The last meeting of the CIS Heads of State took place on September 28, 2018, in Dushanbe.

The upcoming events will be held as part of Turkmenistan’s chairmanship in the CIS in 2019. Referring to its status of permanent neutrality, Turkmenistan decided to participate in the CIS structure as an associate member in 2005.