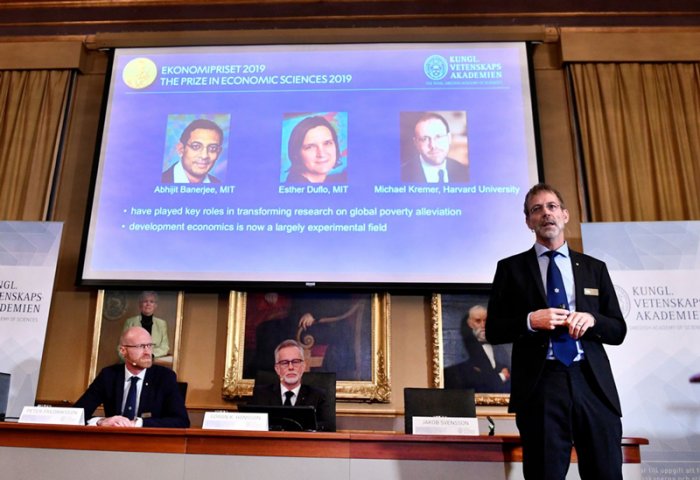 The 2019 Nobel Prize in Economics was awarded to economists Abhijit Banerjee and Esther Duflo of MIT and Michael Kremer of Harvard for their pioneering work alleviating global poverty.

The Royal Swedish Academy of Sciences gave the shared award on Monday to the trio, noting that their collective research has led to remedial teaching programs for 5 million Indian children and subsidized preventive-healthcare programs in developing countries.

“The research conducted by this year’s Laureates has considerably improved our ability to fight global poverty,” the academy said in a press release. “In just two decades, their new experiment-based approach has transformed development economics, which is now a flourishing field of research.”

Prof. Duflo, 46, is the youngest recipient of the Nobel Memorial Prize in Economic Sciences and only the second woman to have won the prize since it was first awarded in 1969.

Their work is based on the idea that to battle poverty, the issues should be broken down into smaller pieces and studied via small field experiments to answer precise questions within the communities who are most affected.

Ending poverty is one of 17 Global Goals that make up the UN’s 2030 Agenda for Sustainable Development.