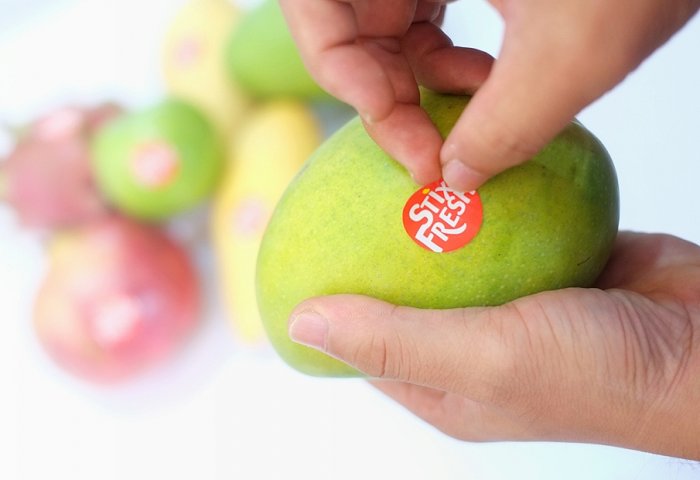 StixFresh sticker can prolong the shelf life of fruit up to 14 days without affecting the nutritional value.

An international patent is pending for Malaysia-based StixFresh’s technology, a sticker with the size of a coin, coated with a composite of sodium chloride, beeswax and natural ingredients that can prolong the shelf life of fruit up to 14 days without affecting the nutritional value, FreshPlaza website reported on Tuesday.

The sticker, when applied to mid-sized fruit, dispenses the compound on the fruit and slows its degeneration.

The compound that StixFresh inventor Zhafri Zainuddin discovered is made of sodium chloride. Zainudi said it took him almost three years to perfect the manufacturing process and efficacy of the sticker.The sticker was initially designed to be used on mid-sized fruit such as apples, oranges, mangoes, dragon fruit and papayas. Now, the company is doing R&D to expand its product range so that it can cater for smaller fruit and other products with a shelf life such as vegetables, meat, milk and flowers. “We have improved the stickers so they can be used on avocados, but we are still developing the formulation for rock melons,” said Zhafri.

According to the Food and Agriculture Organization, roughly one third of the food produced globally for human consumption every year - about 1.3 billion tonnes - is lost or wasted. Fruit and vegetables, as well as roots and tubers, have the highest wastage rates of any foods at 40% to 50%.

Currently, StixFresh is operating in two locations. It was initially launched in Senawang, Negeri Sembilan, Malaysia. It has started to make waves internationally, thanks to the opening of StixFresh USA in Kirkland, Washington, United States, which has proved to be a bridge to other countries.

The company is currently exporting its stickers to Indonesia, India and the U.S. and holds negotiations with several partners to penetrate Asian markets, mainly Korea, Turkey, Thailand and China.