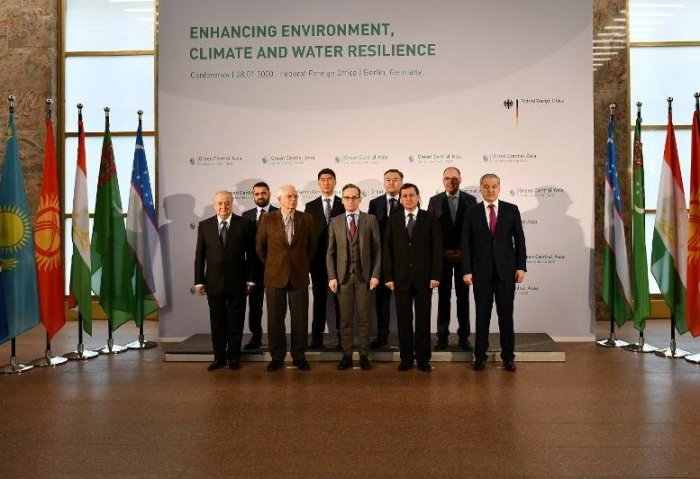 The delegation of Turkmenistan headed by the Minister of Foreign Affairs Rashid Meredov participated in the Green Central Asia high-level Conference, held in Berlin on Tuesday. The conference gathered delegations from Germany, Central Asian countries and Afghanistan.

The participants discussed a wide range of issues related to the climate change and security in the region, including the nature protection, integrated management of water resources, preservation of biodiversity, combatting desertification, and development of mountain territories.

A high-level ministerial conference launched the Green Central Asia initiative on climate security. The heads of the delegations expressed support to the regional initiative and signed a Joint Declaration.

The goal of the initiative is to support the dialogue on climate change including the risks related to it.

Green Central Asia will play a vital role in the implementation of the new strategy of the European Union for the Central Asia. The strategy is aimed at the enhancement of the countries’ resilience to the internal and external risks factors, such as climate and ecological factors.

Besides, on January 27-28, on the sidelines of the ministerial Conference, the Foreign Minister Meredov had meetings with the Federal Minister for Foreign Affairs of Germany Heiko Maas, EU High Representative for Foreign Affairs and Security Policy, Vice-President of the European Commission Josep Borrell Fontelles, the Deputy Advisor to the German Chancellor on external policy and security affairs Christina Beinhoff, EU Special Representative for Central Asia Peter Burian, Executive Director of the Eastern Committee of German Economy Michael Harms, and the Deputy Minister of Foreign Affairs of Islamic Republic of Afghanistan Mirwais Nab.