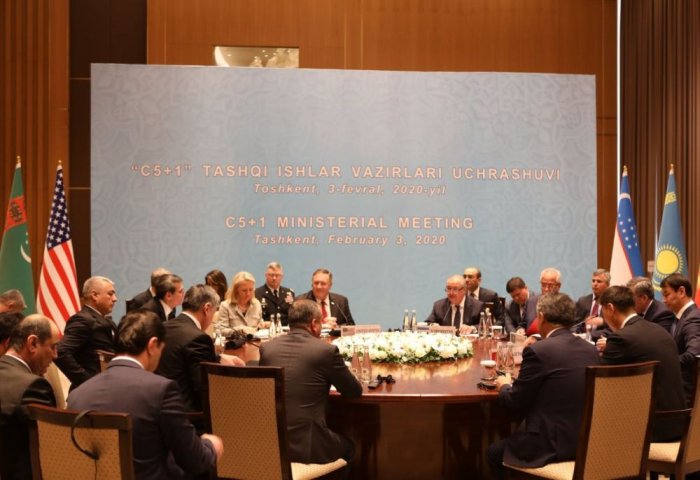 Minister of Foreign Affairs of Turkmenistan Rashid Meredov attended the C5+1 ministerial meeting held in Tashkent on Monday. On the sidelines of the meeting, Turkmen Foreign Minister met the U.S. Secretary of State Michael Pompeo.

The ministerial meeting was attended by the U.S. Secretary of State and the Foreign Ministers of Kazakhstan, Kyrgyzstan, Tajikistan, Turkmenistan and Uzbekistan.

A wide range of issues in political, economic and cultural-scientific spheres were considered during the meeting. Particularly, the parties exchanged views on collaboration in the area of border management, trade, energy and transport.

The sides paid special attention to the Afghan issue. In this context, the Turkmen delegation briefed about the progress in various large scale construction projects, including TAPI pipeline, power transmission line and fiber-optic communication systems on Turkmenistan-Afghanistan-Pakistan route, and the railways from Turkmenistan to Afghanistan.

On the outcomes of the talks, the participants adopted the Joint Statement of the C5+1 ministerial meeting.

On the sidelines of the meeting in Uzbekistan, Turkmen Foreign Minister also held talks with the U.S. Secretary of State Michael Pompeo, during which the diplomats discussed a number of issues of bilateral cooperation and the regional topics of mutual interest.