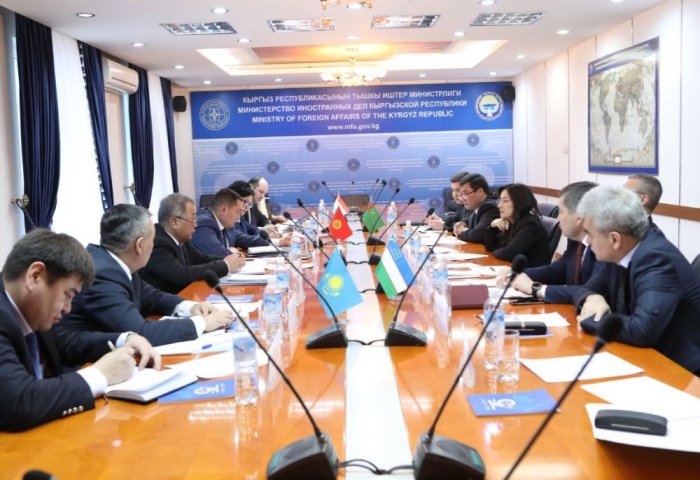 An expert meeting of Foreign Ministries of Central Asian countries took place in the Kyrgyz capital city of Bishkek on February 20, according to the Ministry of Foreign Affairs of Kyrgyz Republic.

The Turkmen side was represented by the Extraordinary and Plenipotentiary Ambassador of Turkmenistan to Kyrgyz Republic Shadurdy Meredov.

Participants of the meeting discussed a Practical Action Plan for the implementation of the proposed initiatives during the Second Consultative Meeting of Central Asian Heads of State, which was held in Tashkent last November.

The sides paid special attention to the preparation of the upcoming Third Consultative Meeting of the Heads of State of Central Asia, which will take place in Kyrgyzstan this year.

A Consultative meeting of the Heads of State of Central Asia has been held since 2018. The main goal of the meeting is to further strengthen relations between the countries of the region and friendship between nations. The first such meeting took place in the capital of Kazakhstan, Nur-Sultan in 2018.