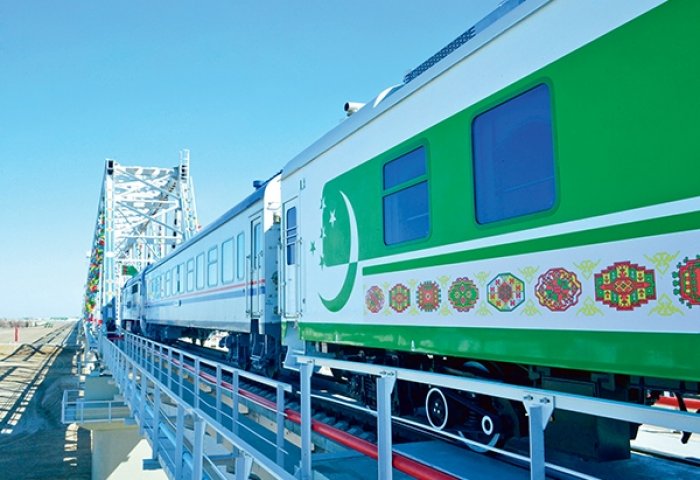 Minister of Foreign Affairs of Turkmenistan Rashid Meredov held a telephone conversation with his Uzbek and Azerbaijani counterparts on Wednesday.

During a conversation with the Minister of Foreign Affairs of the Republic of Uzbekistan Abdulaziz Kamilov, the ministers discussed the current issues of bilateral cooperation and the perspectives for its further development in political-diplomatic, trade-economic and cultural-humanitarian spheres.

Noting the need to intensify cooperation in transport field, the diplomats exchanged views on cross-border cooperation, transit and transport links.

During a conversation with the Minister of Foreign Affairs of the Republic of Azerbaijan Elmar Mammadyarov, the parties underlined the special significance of the bilateral cooperation in the transport and communications sectors.

The ministers noted that direct maritime link in the Caspian Sea between the seaports of Turkmenbashi and Alat is a major element in terms of development of trade and economic relations throughout the Eurasian continent.

Diplomats underlined the high efficiency of the cooperation in the field of transport and focused on the search and implementation of new forms of partnership aimed at ensuring the highly effective functioning of transport corridors along the East-West direction.

Turkmen-Afghan political consultations in a video conference format at the level of the heads of the foreign affairs agencies of Turkmenistan and the Islamic Republic of Afghanistan were also held on Wednesday.

During the consultations, the parties exchanged views on the regional and international agenda, especially focused on the interaction and mutual assistance of the countries in this difficult time for the world community.

The parties also reviewed the current state of trade-economic, cultural and humanitarian cooperation between Turkmenistan and Afghanistan. In this regard, the parties focused on intensifying joint efforts to implement the agreements reached earlier in the field of transport, construction and energy, including the TAPI gas pipeline and TAP power transmission line.