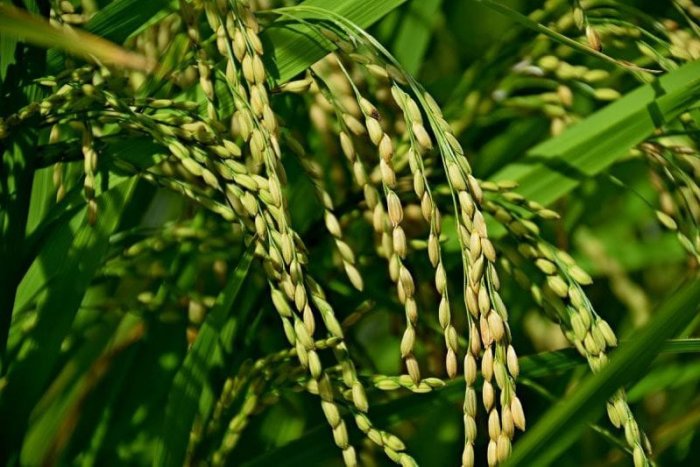 The farmers in Dashoguz velayat give preference to farm high-yielding and disease-resistant rice varieties Nukus-2, Munbashi and Alenga.

Massive rice harvesting is underway in Turkmenistan’s northern velayat of Dashoguz. Farmers of the velayat plan to receive 35,000 tons of rice from 8,100 hectares of rice fields this year, Turkmenistan’s Golden Age news outlet reported on Monday.

The farmers give preference to farm high-yielding and disease-resistant rice varieties Nukus-2, Munbashi and Alenga, which have adapted to local soil and climatic conditions.

The rice harvest in the velayat involves about 130 modern, high-performance combine harvesters and a large number of vehicles for transportation.

Almost the entire crop was grown in Saparmyrat Turkmenbashi etrap, which is the main producer of this crop in the northern region. A modern high-tech rice-cleaning enterprise with a capacity of 30,000 tons of grain per year also operates on the territory of the etrap.

The grain-growing industry is one of the promising sectors of the agro-industrial complex of Dashoguz velayat. In addition to rice, the farmers of the velayat grow in large volumes other types of cereals and legumes, such as mung beans, sesame seeds, and beans.

The Lebap velayat is also a major rice producer in Turkmenistan. More than 10,000 ]hectares are allocated for this crop in the velayat. This year, the velayat’s rice growers are planning to deliver over 47,000 tons of the grain to the state.