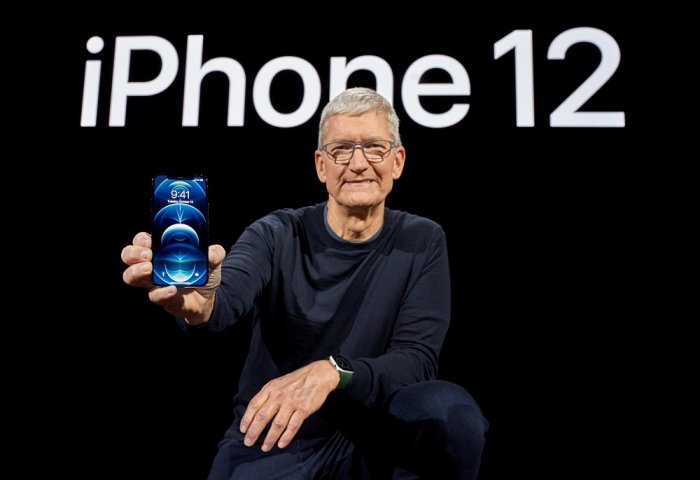 Chief Executive Tim Cook stood at the company’s Cupertino, California, headquarters to kick off the event to reveal Apple’s new flagship devices, which was held by webcast.

Apple’s latest iPhones are powered by the company’s new A14 Bionic processor, which the company says is the first smartphone chip built on a 5nm process, leading to improved performance and efficiency.

Apple will be removing its included USB wall bricks and wired EarPod headphones from the box on the new iPhones as part of the company’s ongoing environmental goals.

Apple also unveiled a HomePod Mini smart speaker that will cost $99 and be shipped from Nov. 16.