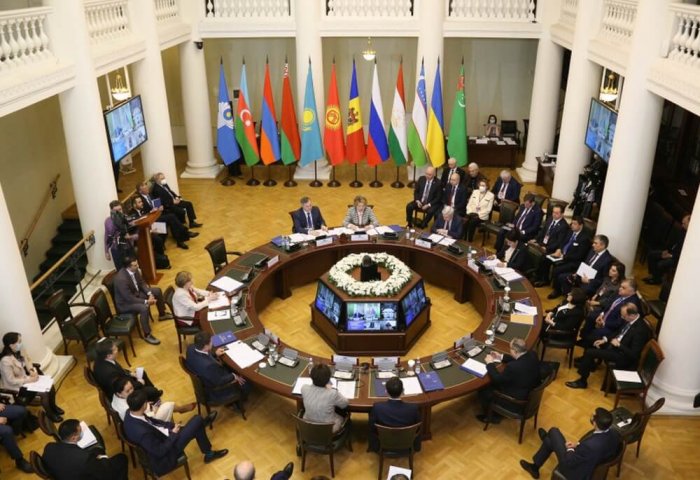 The agenda of the meeting included discussions on issues related to the legislative regulation of migration processes during a pandemic.

Representatives of the Mejlis of Milli Gengesh, a bicameral parliament of Turkmenistan, took part in the 52nd plenary meeting of the Interparliamentary Assembly of the Member Nations of the Commonwealth of Independent States (IPA CIS), held in a video conference format on Friday. The agenda of the meeting included discussions on issues related to the legislative regulation of migration processes during a pandemic, and a number of draft laws.

The meeting participants particularly discussed issues of a model Migration Code for the CIS countries, draft laws on ensuring the rights of children to healthcare in the CIS member states, on psychiatric care and guarantees of citizens' rights in its provision, and on regional investment projects, the official media of Turkmenistan reports.

During discussions on the COVID-19 pandemic, the participants reaffirmed their commitment to join efforts against this dangerous infection and to strengthen the capacity of health systems, including through medical and scientific diplomacy, according to the report.

On April 2 this year in Moscow, Minister of Foreign Affairs of Turkmenistan Rashid Meredov took part in the meeting of the CIS Council of Foreign Ministers.