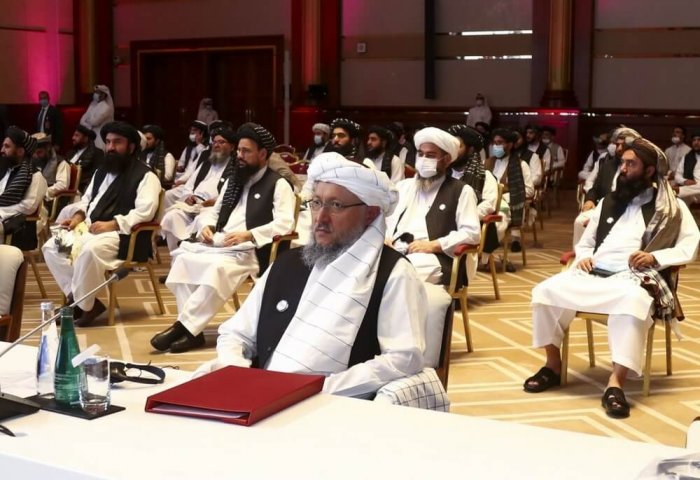 Deputy Chairman of the Cabinet of Ministers and Foreign Minister of Turkmenistan Rashid Meredov held online talks with Abdul Salam Hanafi, Deputy Head of the interim Cabinet of Ministers of Afghanistan and senior leader of the Taliban movement, the Moscow-based TASS news agency reported on Monday with reference to the message of the movement's spokesman Mohammad Naim on Twitter.

Mawlavi Abdul Salam Hanafi thanked Turkmenistan and reaffirmed Afghanistan's commitment to cooperation for the development of bilateral relations on issues of mutual interest, according to the report.

In turn, the head of the Turkmen Foreign Ministry congratulated Hanafi on the forming of the new government of Afghanistan, confirming Ashgabat's intention to "develop friendly and fraternal ties between the countries."

According to Meredov, the priority projects for the two countries remain the completion of the construction of the Turkmenistan-Afghanistan-Tajikistan railway passing through the northern Afghan city of Andkhoy in the Faryab province, the implementation of the Turkmenistan-Afghanistan-Pakistan-India (TAPI) pipeline project, as well as the implementation of joint programs in the field of electric power. The Turkmen minister also pledged to continue the provision of humanitarian assistance to Afghanistan.