A delegation of Turkmen businesses arrived in Bishkek to participate in the Business Partnership between the EU and Central Asia forum. (Photo: Turkic.World)

Turkmen business representatives on Friday in Bishkek signed six contracts with Kyrgyz businesses for the supply of various goods totaling more than $3 million. The signing took place within the framework of cooperation between the Kyrgyz Union of Industrialists and Entrepreneurs (KSPP) and the Union of Industrialists and Entrepreneurs of Turkmenistan (UIET).

The delegation was headed by the UIET Chairman Dovran Hudayberdiyev.

In late June this year, member businesses of the UIET and KSPP signed contracts for the supply of Turkmen products worth over $28.5 million to Kyrgyzstan. The signing of the documents took place on the sidelines of the Turkmen-Kyrgyz Economic Forum held in Ashgabat with the participation of the President of Kyrgyzstan Sadyr Japarov. 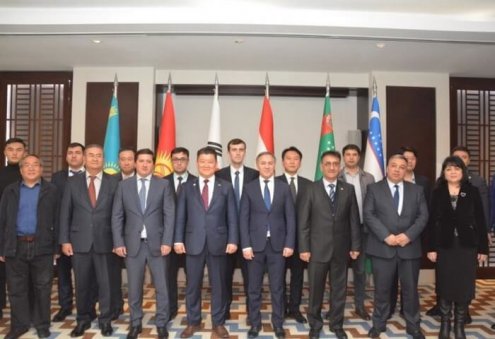