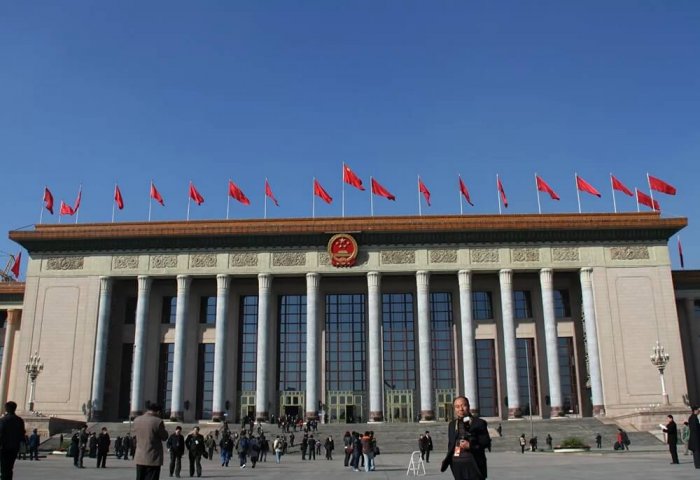 President of China Xi Jinping held talks with President of Turkmenistan Gurbanguly Berdimuhamedov at the Great Hall of the People in Beijing on Saturday.

The Turkmen Leader came to China for the opening ceremony of the Beijing 2022 Winter Olympic Games.

During the meeting, President Berdimuhamedov expressed Turkmenistan’s willingness to bring Turkmenistan-China relations to new heights, accelerate the construction of the 4th pipeline route from Turkmenistan to China, the Chinese Foreign Ministry reports.

Xi Jinping said the Chinese side is willing to work with the Turkmen side further strengthening of bilateral ties, expansion of the energy, including natural gas cooperation between the two countries.

The Chinese Leader also highlighted the importance of integration of the strategy initiated by Turkmenistan to revive the Great Silk Road and the China’s One Belt - One Road Initiative, and strengthening of cooperation in connectivity.

The Chinese side also expressed its gratitude to Turkmen Leader for accepting the invitation and attending the opening ceremony of the Olympic Winter Games in Beijing, according to the Turkmen Foreign Ministry’s statement.

The Head of Turkmenistan congratulated the leadership of China on the successful start of the Olympics, stressing that China has once again demonstrated to the world its ability and capacity, even in such difficult conditions, to hold a major sporting event at the highest level.

At the end of the visit to China, the motorcade of the Turkmen President left for Beijing International Airport, from where the Head of State flew to Turkmenistan.