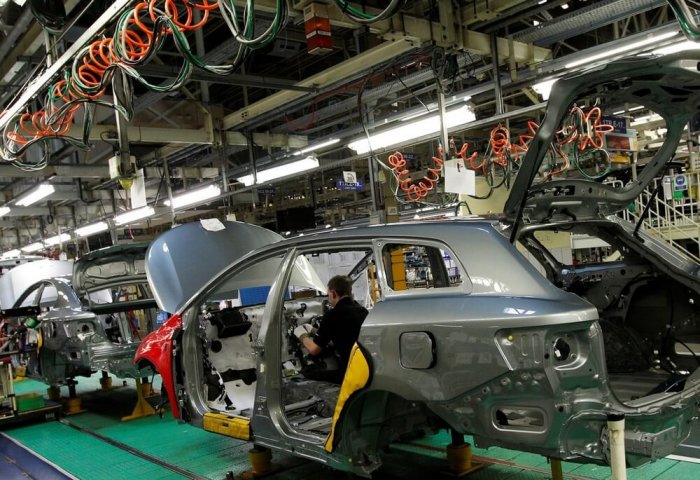 Major automakers from Ford to Toyota are cutting their production outlooks due to chip shortage and supply chain disruptions caused by COVID-19 pandemic. These setbacks not only result in price increases for new cars but also price surge of up to 40% for used vehicles.

Toyota and Honda like other auto producers are trimming their output because they cannot find enough semiconductors amid COVID-19 related supply chain disruptions and competition for the key component from other industries, such as electronics and robotics, Reuters reports.

World’s largest automaker Toyota announced on Wednesday that it cut its annual production target for fiscal year 2022 (ends 31 March 2022) by half a million to 8.5 million vehicles.

Toyota didn’t reduce its full-year profit forecast of 2.8 trillion yen ($24.25 billion), while Honda upgraded its operating profit forecast for the year to March 31 by 21% to 800 billion yen.

On Tuesday, Japan's No. 3 automaker Nissan said its third quarter operating profit almost doubled to 52.2 billion yen as it squeezed more profit out of fewer cars.

"We don't expect the imbalance in chip supplies to resolve quickly and the course of coronavirus pandemic is unclear," Reuters cites a Toyota official as saying. The official expects the uncertainty to continue into the next year.

One of the largest US automakers Ford Motor announced last week that it plans to suspend or cut production at eight assembly plants in the U.S., Mexico and Canada throughout this week because of microchip supply constraints.

Due to the chip shortage, the world’s second largest automaker Volkswagen fell short of planned production by around 1.15 million vehicles in 2021.

GM has similar challenges. Late last year, the company said it wasn't able to offer certain features on a range of models due to a lack of chips.

The CNET Roadshow in an article published last week said automakers large and small are affected by an acute lack of semiconductors, which are absolutely necessary, even in the most basic cars and trucks. Everything from advanced driver-assistance features to infotainment systems to heated steering wheels are powered by some sort of computer chip, and that's only going to accelerate in future.

According to Sam Fiorani, Vice President of global vehicle forecasting at AutoForecast Solutions, at the beginning of the pandemic, automakers cut their semiconductor orders, anticipating a big downturn in sales. The manufacturers that make chips reallocated that factory space to much more profitable, much more in-demand chips for iPhones and PlayStations and other things.

Now that auto sales are high again, chipmakers can't meet carmaker’s demand because their capacity has been reserved for other segments. And it's not as simple as turning the lights back on and ramping production up again, Fiorani added.

Due to tight new vehicle supplies, the price of used cars in the US increased almost 40% compared to last year, Fox TV news channel reported on Wednesday.

According to Jeff Schuster, President of the Americas operation and global vehicle forecasting at LMC Automotive, the chip shortage should ease this year, though LMC Automotive projects it will likely take all of 2022 and maybe a portion of 2023 for auto market to start getting back to normal.