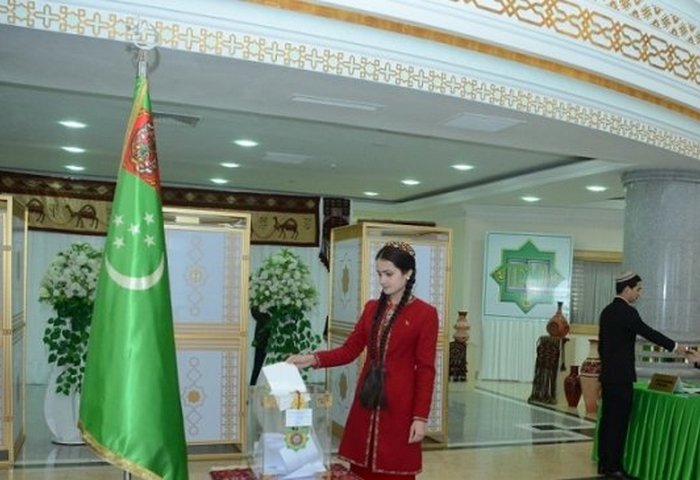 A candidate nominated by initiative groups of citizens must be supported by at least 10 thousand signatures of voters.

Initiative groups of citizens in Turkmenistan’s Balkan and Lebap provinces on Friday nominated their candidates to run in March 12 early presidential elections.

Citizens’ group in Balkan nominated Berdymammet Gurbanov, Chief Doctor at the Avaza sanatorium, and a member of the Mejlis chamber of the country’s bicameral parliament Milli Gengesh.

Gurbanov graduated from the Turkmen State Medical Institute in 2004, after which he worked at several medical institutions of Balkan velayat. From 2012 to 2019, he served as the First Deputy Head of the health department of Balkan Velayat.

In Lebap, the initiative group nominated Perhat Begenjov, Director of the Financial-Economic Secondary Vocational School of Lebap, for the highest state post.

Begenjov graduated in 2000 from the Turkmen State Institute of Economy and Management as an economist. He began his career as a teacher at the same university, and in March 2014, he was appointed to lead the aforementioned secondary vocational school in Lebap. He is a member of the Democratic Party of Turkmenistan.

According to Article 46 of the Electoral Code of Turkmenistan, which defines the procedure for nomination of presidential candidates by groups of citizens, a candidate must be supported by at least 10 thousand signatures of voters.

The presidential election campaign in Turkmenistan started on Monday.