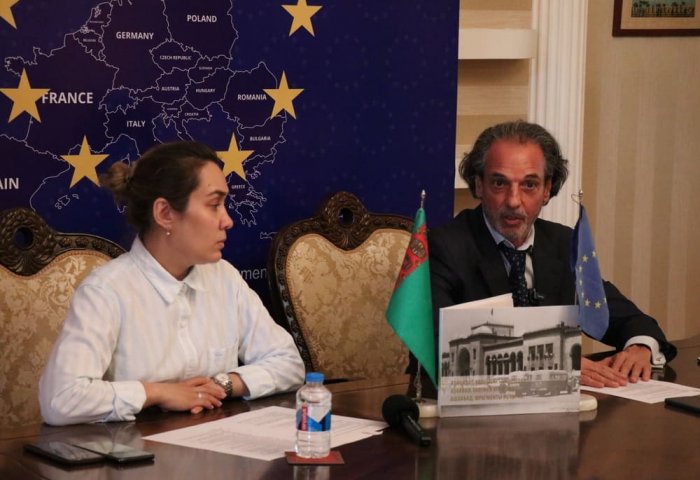 The European Union (EU) Delegation in Turkmenistan on Wednesday held a press conference dedicated to the presentation of the photobook “Ashgabat.Fragments of History” on the occasion of the Ashgabat Day.

The EU Ambassador to Turkmenistan Diego Ruiz Alonso in his opening remarks said the photobook is a present from the EU Delegation to the residents of Ashgabat on the occasion of the 140th anniversary of the city celebrated in 2021.

He added that the EU Delegation would like to expand its effort in preservation and depiction of the Turkmen culture in the widest way possible.

Diplomatic ties between Turkmenistan and the EU

During the conference, the Ambassador said next year will mark 30 years since Turkmenistan and the EU established diplomatic relations in 1993.

On this occasion, the EU Delegation announced the photography contest “Turkmenistan: Reflecting the Life”. The submissions can include photography reflecting the Turkmen culture, history, art, daily life and traditions of the people of Turkmenistan. The contest will run until January 31, 2023.

During the press conference, Ambassador Diego Ruiz Alonso also presented the main planned activities of the EU Delegation for the second half of 2022: