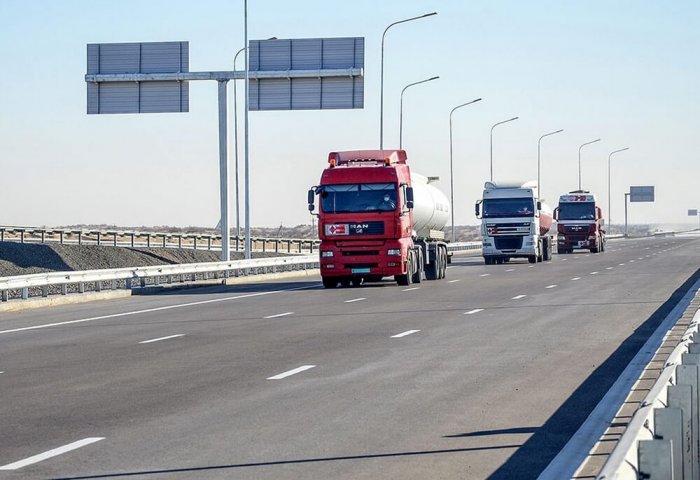 This figure is 2.1% more compared to the same period last year.

In the first seven months of this year, more than 58.7 million tons of cargo was transported in Turkmenistan’s eastern province of Lebap.

This figure is 2.1% more compared to the same period last year, the country’s official media reported on Thursday.

In addition, the number of transported passengers during this period amounted to about 93.5 million people.

During the reporting period, the cargo turnover of the Türkmenawtoulaglary (Turkmen Road Transport) Agency amounted to 41.5 million ton-kilometers, and passenger traffic - 98.5 million passenger-kilometers. Compared to the same period last year, the growth rate of these indicators amounted to 21.5% and 15.7% respectively.

Moreover, Derýaýollary (River Lines) Open Joint-Stock Company (JSC) of Turkmenistan has transported 378,100 tons of cargo using its cargo ships and pontoon bridges in the first half of this year. The company currently transports inert materials for construction on the Amudarya River along the route Mukry-Turkmenabat and wheat – on the Garakum River along the route Topurkak-Zeyd.