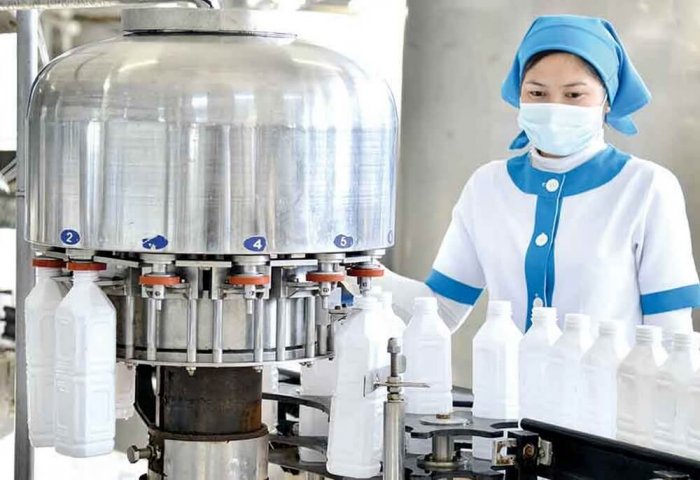 In January-July, the volume of production compared to the same period last year increased by 11.5%.

President of Turkmenistan Serdar Berdimuhamedov during the off-site cabinet meeting in Balkan province on Friday announced that the country’s GDP has grown by 6.1% in January-July period of this year.

In his report during the meeting, Hojamyrat Geldimyradov, the Deputy Chairman of Government in charge of economic and financial issues, announced that in January-July, the volume of production compared to the same period last year increased by 11.5%.

The volume of utilized investments from all sources of financing amounted to 13.4 billion manats in the past seven months.

Following the report, the Head of State stated the importance of the development of export potential and private enterprise sphere of the country, giving a number of instructions to the relevant government officials to this end.

The Government meeting summed up the results of the activities of the sectors of the national economic complex over the past seven months of 2022, and considered a number of other important state issues.