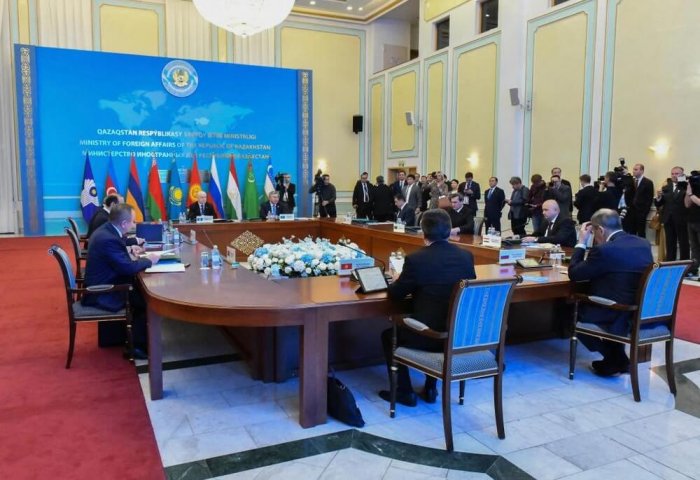 The foreign ministers agreed on draft documents which will be submitted for consideration of the CIS Heads of State at the summit to be held in Astana on October 14. (Photo: Foreign Ministry of Kazakhstan)

The Council of Foreign Ministers of the Commonwealth of Independent States (CIS) at a meeting in Kazakhstan’s capital Astana on Wednesday discussed issues of deepening cooperation, topical aspects of the regional and international agenda, the Foreign Ministry of Kazakhstan said in its press release.

The meeting, held under the chairmanship of Deputy Prime Minister - Minister of Foreign Affairs of Kazakhstan Mukhtar Tleuberdi, was attended by foreign ministers of Azerbaijan, Armenia, Belarus, Kyrgyzstan, Russia, Tajikistan, Turkmenistan and Uzbekistan.

The Council meeting resulted in a number of decisions aimed at deepening cooperation within the Commonwealth, according to the statement.

The foreign ministers also agreed on draft documents which will be submitted for consideration of the CIS Heads of State at the CIS summit to be held in the capital of Kazakhstan on October 14 this year.

The next meeting of the CIS Council of Foreign Ministers will be held in Uzbekistan’s capital Tashkent in April 2023.