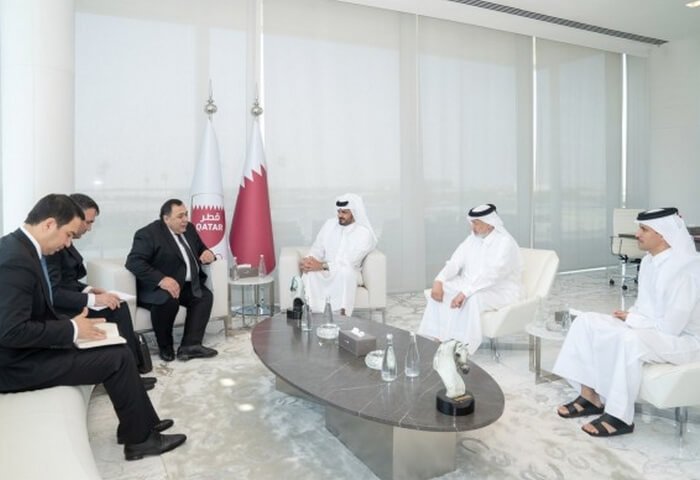 The parties also expressed interest in intensification of investment cooperation.

The delegation of Turkmenistan led by Deputy Foreign Minister Berdiniyaz Myatiyev in meetings on Monday with the managements of the Qatar National Bank and Qatar Fund For Development outlined specific steps to further build relations in trade, finance and banking spheres.

The meetings, held within the framework of Turkmen delegation’s visit to Qatar, discussed the current state and prospects of cooperation between the two countries in the aforementioned spheres. The parties also expressed interest in intensification of investment cooperation, the Foreign Ministry of Turkmenistan said in its press release.

During the visit, the Turkmen delegation also met with Secretary-General of the Ministry of Foreign Affairs of Qatar Ahmad Hassen Al-Hammadi to discuss a wide range of bilateral issues in political-diplomatic sphere.

The diplomats discussed strengthening cooperation in trade, economic, investment and transport sectors, as well as opportunities to expand contacts in the cultural-humanitarian interaction. The sides also underscored the significance of holding political consultations between the foreign ministers of the two countries.

Myatiyev also met with President of the National Olympic Committee of Qatar Sheikh Joaan bin Hamad Al-Thani. The meeting discussed interaction in the field of sports and establishing effective cooperation between the national olympic committees of the two countries.