Turkmenistan and US Sign MoU on Healthcare, Medical Science Cooperation 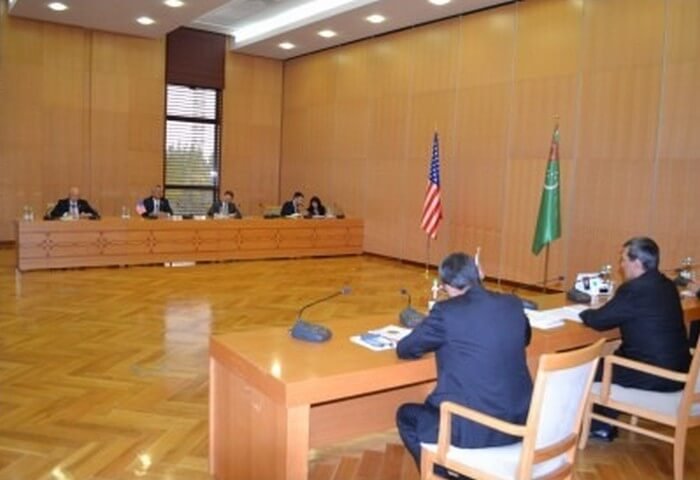 The meeting participants stated the potential of bilateral cooperation in the sphere of public health and medical science.

The document was signed at the conclusion of the talks between the Minister of Foreign Affairs of Turkmenistan Rashid Meredov and the US delegation led by Donald Lu, the Assistant Secretary of State for the Bureau of South and Central Asian Affairs.

The sides reviewed a wide range of issues relating to interaction between Turkmenistan and the US, and touched on international and regional topics, including the Afghan issue, the Ministry of Foreign Affairs said in its press release on the meeting.

The meeting participants stated the potential of bilateral cooperation in the sphere of public health and medical science.

The sides also confirmed their mutual commitment to further develop trade and economic relations. At the same time, they noted the importance of intensifying the work of the Turkmen-American Business Council.

The meeting also focused on discussion of environmental issues, including climate change and reduction of methane emissions.

On Monday, Donald Lu was also received by President of Turkmenistan Serdar Berdimuhamedov.