Adidas to Abandon Its Robot Factories in USA and Europe 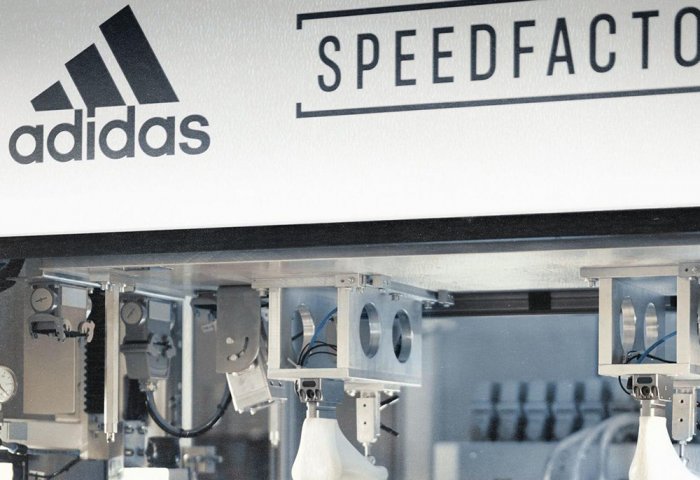 Adidas started production of shoes largely by robots at its Speedfactory in German town of Ansbach in 2016 and opened another in Atlanta, USA in 2017.

Adidas announced Monday that it plans to cease production at the two Speedfactories it built in Germany and the US by April 2020 and will instead use the Speedfactory technologies to produce athletic footwear at two of its suppliers in Asia.

“Speedfactories have been instrumental in furthering our manufacturing innovation and capabilities,” Martin Shankland, Adidas’ head of global operations, said in a press release, adding that the company will leverage the technologies “to be more flexible and economic.”

Adidas started production of shoes largely by robots at its Speedfactory in German town of Ansbach in 2016 and opened another in the Atlanta, USA in 2017 to bring sneaker production closer to Western markets and reduce reliance on Asian suppliers.

More than one million workers produce Adidas shoes in contract factories, particularly in China and Vietnam. Adidas plans to incorporate the acquired production technologies in these factories.

Adidas AG, formed in 1949 by Adi Dassler, with nearly 22 billion in revenues is the largest sportswear manufacturer in Europe, and the second largest in the world, after Nike. The company reported a third quarter net profits of $646 million.