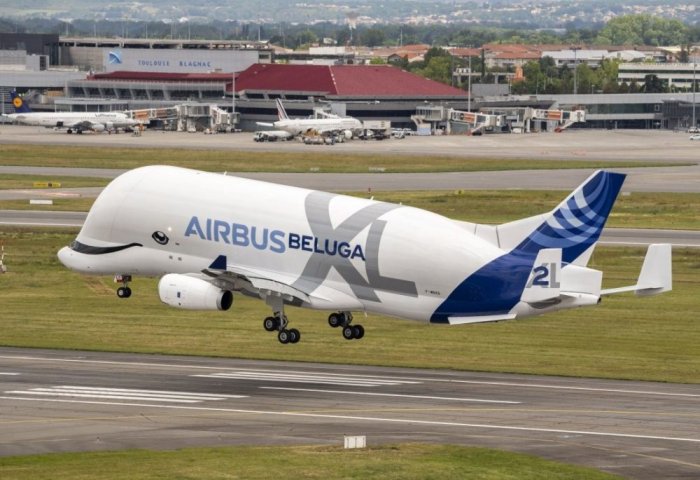 Beluga XL is the successor of the Airbus A300-600ST, also known as BelugaST, which has been in operation since 1995.

The world's largest airliner manufacturer Airbus announced on January 13 that its Beluga XL cargo plane has entered into service after making its first operational flight on January 9.

The Beluga XL promises to be one of the largest planes in use. Though not available for passenger travel, the cargo plane will be used by Airbus to fly its aircraft components between its European production sites and final assembly lines in Toulouse, France; Hamburg, Germany; and Tianjin, China.

It is the successor of the Airbus A300-600ST, also known as BelugaST, which has been in operation since 1995.

This is the first of six BelugaXL to begin work alongside the BelugaST predecessors, with the additional aircraft being introduced between 2020 and 2023.

The Beluga XL has 30 percent more capacity than the existing Beluga. It is 63 meter long and weighs just over 127.4 tons.

The plane's unique shape has earned it the nickname "the flying whale" due to its strong resemblance to the Arctic beluga whale. To emphasize the resemblance, the aircraft sports a friendly, smiling face that was chosen by Airbus staff.

However, the design is functional as well as cute. The enormous cargo bay is large enough to carry two A350 wings at a time (the old Beluga could transport only one), and the whale-like nose improves the craft's aerodynamic efficiency.