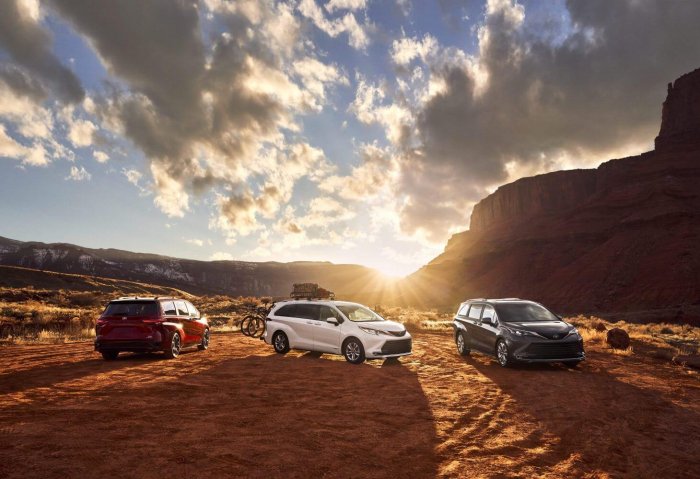 Both vehicles will exclusively be available with gasoline-electric hybrid powertrains.

“With the addition of the Sienna and Venza we are taking two giant steps closer to two very important goals: electrification across 100% of our lineup, and hybrid model comprising 25% of our sales – all by 2025," said Toyota North America auto operations chief Bob Carter.

The Venza will be available beginning this summer, followed by the Sienna toward the end of the year, Carter said.

The new Toyotas will use a similar hybrid system to the RAV4 with a 2.5-liter 4-cylinder engine assisted by electric motors.

The Sienna minivan features a suite of standard safety features as well as optional vacuum cleaner and refrigerator. It will be produced in Indiana, the U.S.

Hybrids, unlike all-electric or plugin hybrid vehicles, do not require drivers to plug the vehicles in to charge their batteries.