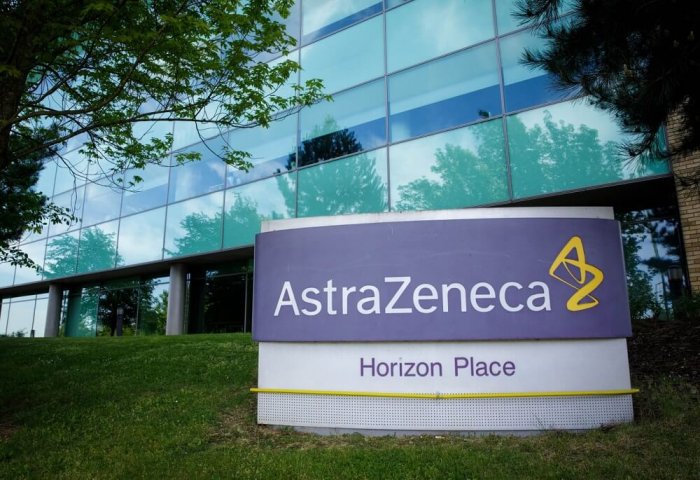 AstraZeneca PLC will begin to deliver its coronavirus vaccine, developed by Oxford University, by the end of 2020. (Photo: Xinhua)

British-Swedish pharmaceutical giant AstraZeneca PLC announced Saturday that it has struck a deal to supply up to 400 million doses of a potential COVID-19 vaccine to European Union countries at no profit.

The company will begin to deliver its coronavirus vaccine, developed by Oxford University, by the end of 2020 under the agreement with the Inclusive Vaccine Alliance, formed this month by France, Germany, Italy and the Netherlands.

According to the company’s press release, other EU members can negotiate similar terms as the original alliance members for procuring the vaccine.

The drugmaker is also open to working with other companies to increase access to the vaccine at "no profit" during the pandemic, AstraZeneca said.

The cost of manufacturing the vaccine is likely to be offset by government funding, it said.

The multinational pharmaceutical company recently completed similar agreements with the U.K., the U.S., the Coalition for Epidemic Preparedness Innovations, a public-private-charitable partnership based in Norway, and Gavi the Vaccine Alliance, another public-private partnership headquartered in Geneva, for 700 million doses.

The pharmaceutical giant also said an agreement has been reached with the Serum Institute of India for additional 1 billion doses, principally for low- and middle-income countries, adding that “total manufacturing capacity currently stands at two billion doses.”

Testing of the company’s experimental COVID-19 vaccine began in the UK in April with over 1,000 healthy volunteers aged 18 to 55. Another round with 10,000 volunteers began in May.